F50 Crazylight Could Be The Lightest Cleat Ever From adidas 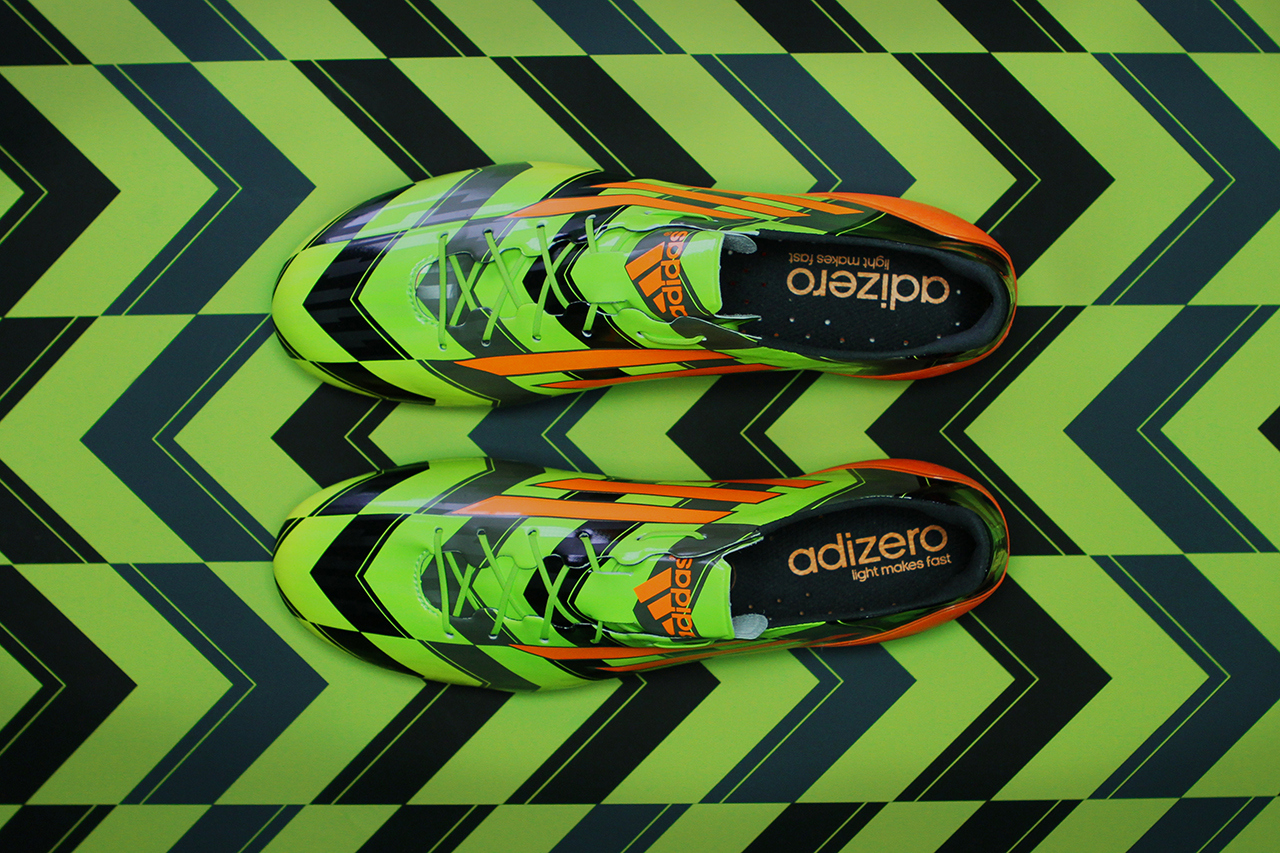 Deemed as the "lightest football boot ever produced", the new adizero F50 Crazylight claims to be at least 20% lighter than the previous adizero F50. Real Madrid midfielder Gareth Bale will be among the first to don the cleats during the second leg of Los Blancos‘ UEFA Champions League matchup with FC Schalke 04 on March 18th.

The sleek black and green arrow-like motif is paired with bright orange accents really make these cleats stand out. Innovative features include next-generation lightweight skin on the upper and a rearranged SPEEDTRAXION stud configuration on the SPRINTFRAME outsole.  Due out April 1st adidas.com, soccer.com and your nearest adidas performance store. 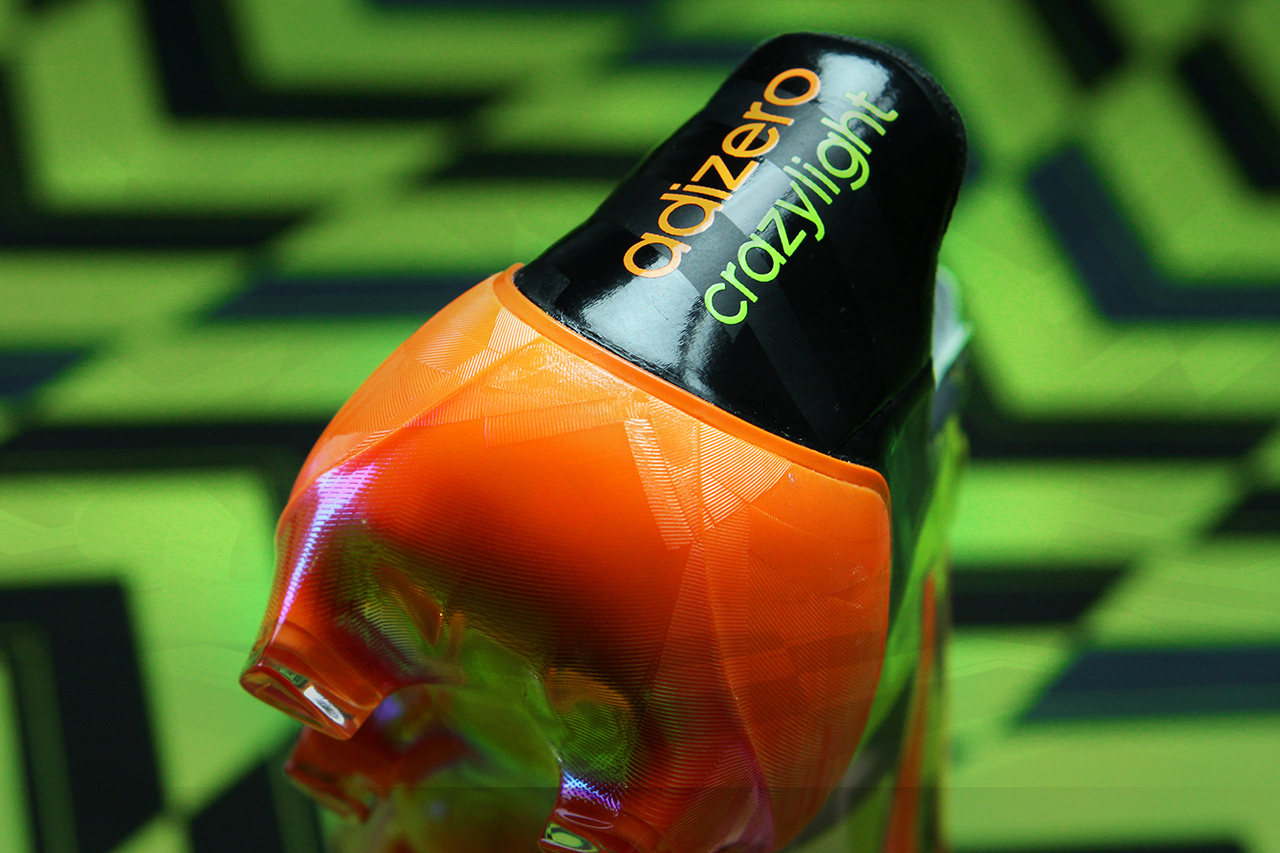 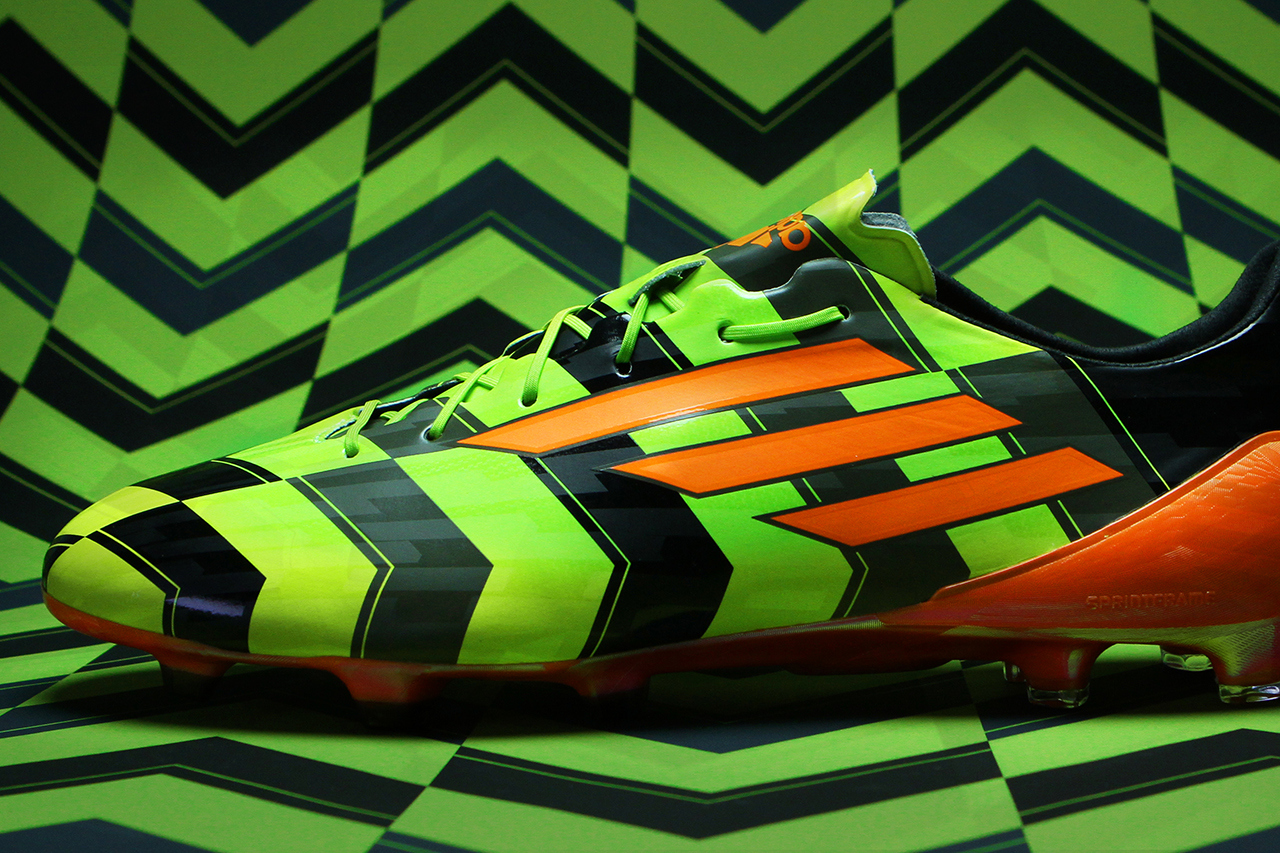