Bill Gates is on the search to make a better condom. There have been redesigns to the modern love glove with some of them looking to alternative materials like graphene to coating it with nanoparticles. The general idea is to make one that will be safer and more comfortable.

Enter Galactic Cap. They have an idea and are promoting it saying that it is the greatest condom in 400 years. Founder Charles Powell thinks the answer to a better condom is simply just covering the tip of your penis.

It definitely sounds different, and what amazing cost-savings must he have! Check out the video promo below.

This dick cap condom consists of two parts. It is only applied to the tip of the penis, and in its first bit is a U-shaped polyurethane adhesive film that can be applied "hours or days before sex". We don't know why anyone would want to wear a condom before some action, so we're thinking this is really a marketing angle for Galactic Cap. 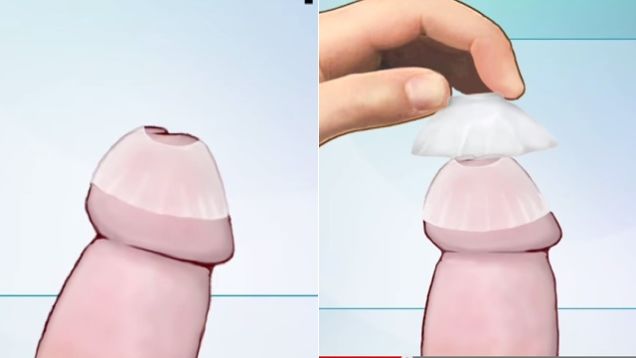 The second bit of the condom is a reservoir cap that sticks to the base film. This leaves the high sensitively coronal ridge and shaft fully exposed. Is this really the perfect condom?

Powell says that the penis cap will stay on securely throughout sex, but the scary bit is what if it comes off inside a woman's vagina? This is legitimate fear many consumers would have we're sure.

For now, Powell doesn't have evidence of that. And the lack of a full cover around your love-making machine might expose you to some nasty STIs.

If you think this is a good idea, you can donate to Powell's Indiegogo campaign. It starts this Sunday.
﻿
The Origin of the Hamburger Dates Back to Genghis Khan