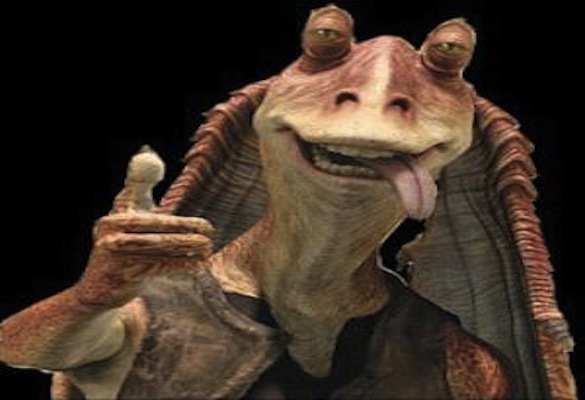 It took this long for Jar Jar Binks to die. The biggest assclown in the Star Wars universe got killed in a deleted Star Wars scene that has been perfectly edited by fans.

Too bad it didn't stick. Anyway watch him die:

Would he have survived the fall anyway? Did Lucas want to kill Jar-Jar in the first place?

Here's the original scene, in which he survived.