What is about to follow is a list (in no particular order) of top TV series currently available to satisfy your geeky television cravings. If you’re a Silicon Valley fan, then you must know that it isn’t really the LOL kind of comedy but still brings a hefty amount of sarcasm on the current startup-craze hiatus.
As much as horror and superhero movies make on the box office, Sci-fi movies make a considerable chunk of those collections too. Hence, beyond flicks and other genres, Science is also a great genre for TV that has been worked upon and has a lot of room for development. So, if you like Silicon Valley, I am pretty sure that you’ll be down for these shows on cox tv and they sure will make it worth your while and every penny you paid. So, off you go…
Halt and Catch Fire 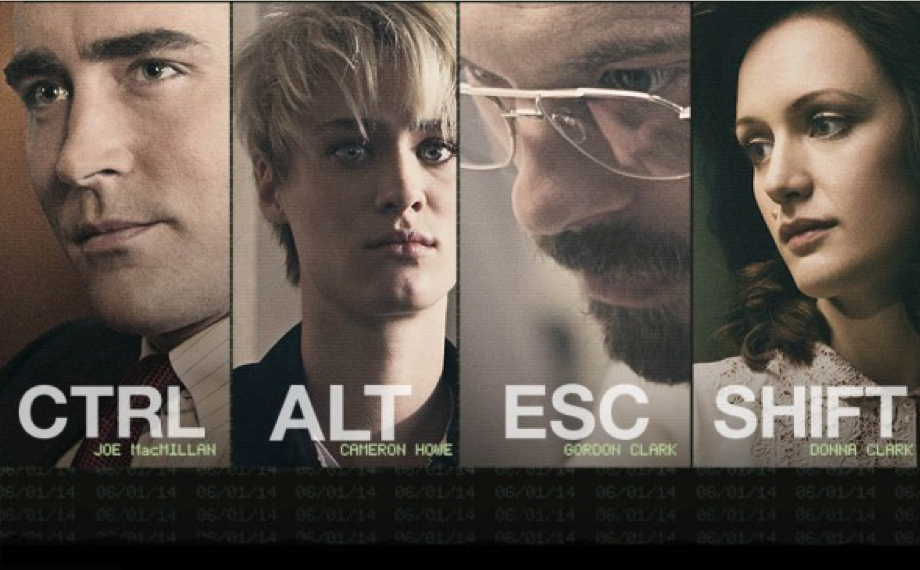 The series is set in the ’80s focusing on the boom the personal computing industry saw. It is a fictional plotting through the eyes of an engineer, Joe Mcmillan. He grew up in the era of development of the World Wide Web. Halt and Catch Fire, however, has no comical touch to it, at all and is probably the only such entry in this list. The story of the struggle between the engineers, programmers and the corporate giants who had the policy of bringing slow developments in technology and charge a premium from consumers by releasing updates periodically. Whereas the smaller players who did manage to revolutionize the technology but found it hard to thrive because of the rich giants playing against them.
Archer

Though animated, Archer is far from a child’s play and one of the best TV shows for adults. First released in 2009 the series continues to date. It’s where information technology meets spy thriller, circles around the lead Sterling Archer with an ironic-enough codename “Duchess”.
The series depicts a group of people who work together but borderline hate each other. It would be safe to call it a perfect blend of hilariousness packed in obnoxiousness. The  group members are always on the lookout to sabotage one another’s missions.
The IT Crowd

The show is set mostly in the basement of a fictional company’s office that goes by the name, Reynholm Industries. It is a comedy show around two protagonists Moss and Roy. Both of them have marginally anti-social personalities, and work as colleagues in the IT department. The show revolves around their antics, mostly unsuccessful, at work and outside.
It is a great comedy show depicting how Roy and Moss go around dealing with their boss who doesn’t know anything about IT or better differentiate between software and hardware.
Silicon Valley 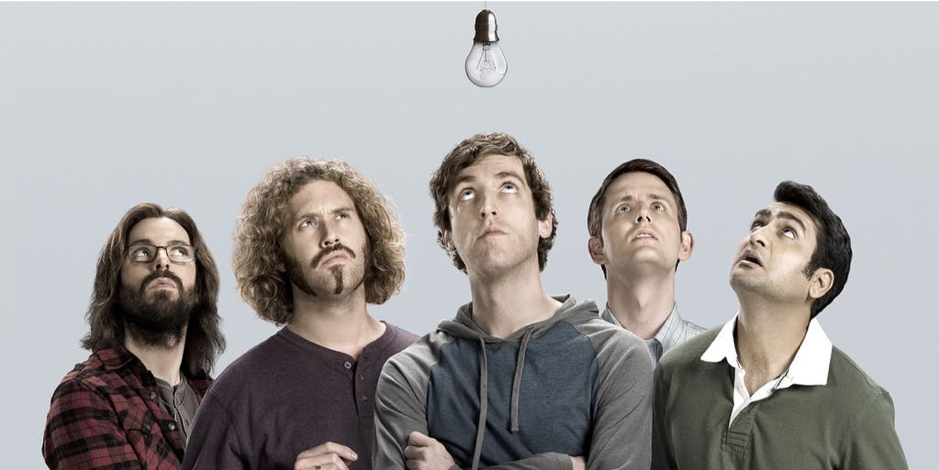 In the Technological gold rush of modern Silicon Valley, everyone wants to have their chunk from the pie. The series has been highly successful and there’s a very high possibility that you might have seen it already. If you haven’t, then it’s high time you start watching if you previously have, it definitely is worth another watch. Silicon Valley; depicting the struggles of a startup (Pied Piper) in Silicon Valley run by a group of 5 people lead by a guy named Richard Hendricks.
Futurama 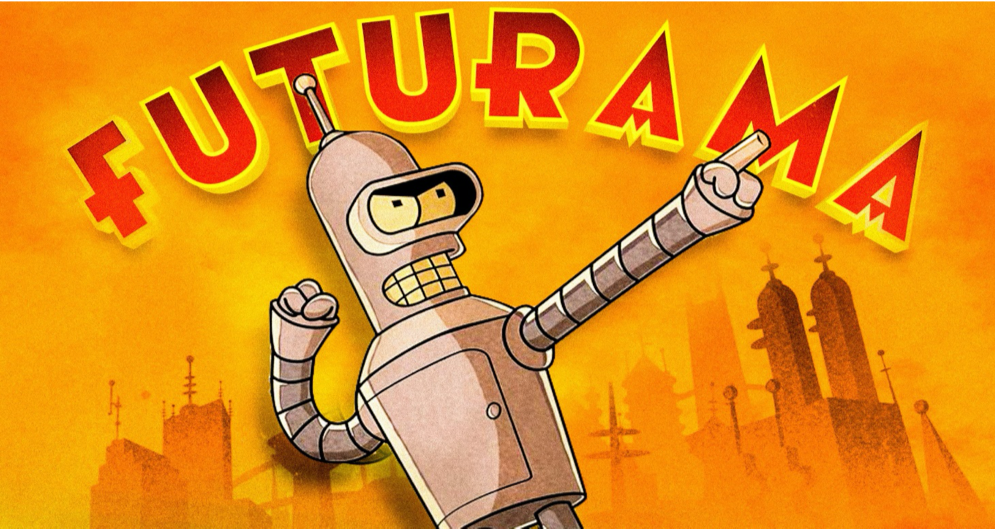 This is by far one of the most light hearted and recommend-able entries in the list, based on the story of a delivery boy Philip Fry who froze himself by mistake in 1999, wakes up 1000 years later in 2999, and finds work at an interplanetary delivery company. Fry along with his friends Leela and Bender sometimes Amy and the crew’s Doctor, Dr. Zoidberg travel across the universe delivering packages on different planets.
Master of None 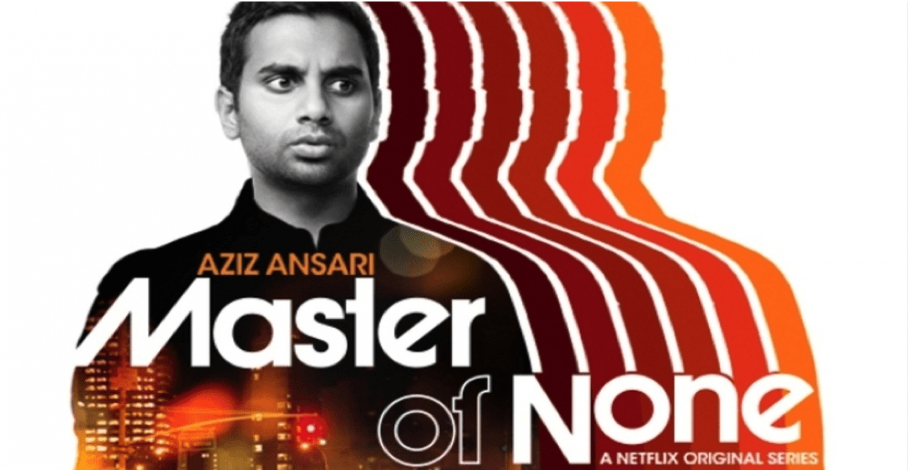 Master of none is one of the unique shows by far. The show successfully does justice to all three elements, comedy, drama, and mystery at times. The series created by Aziz Ansari depicts a 30-year-old guy named Dev residing in New York City. The show doesn’t really have techie stuff in it but has a lot of tonal similarities with Silicon Valley. It is mostly following the life of Dev both personally and professionally. It takes you on a ride from Dev finding friends, getting a job, immigrant crisis and finding himself a girl.
Arrested Development

The protagonist Michael Bluth is a single father to a 13-year-old son, George. He had to keep his large dysfunctional family with him as their father is arrested for wrong dealing the books of their family-owned company. At the peak of real estate development, the family business goes bankrupt. The only sane member in the family Michael Bluth along with his son struggles to keep the family and situation in control.
Better Off Ted 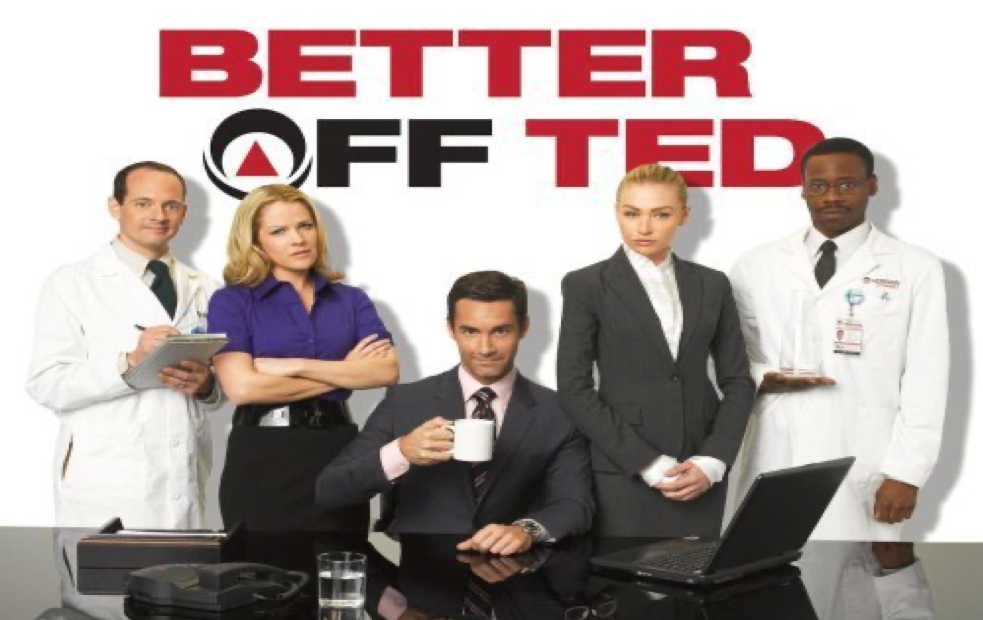 Working in a science-based “evil” company, the manager tries to cope with the scientists while his boss puts pressure on him. The lead, Jay Harrington plays Ted Crisp and as the on-screen narrator. If you liked the well-written, smart humor of Silicon Valley then you definitely are going to like this one too.
So off you go woke-folks. Go ahead and explore this dimension for yourself, gear up and watch them all!
Author Bio
Nida Shahid
Digital Marketer at Local Cable Deals
Business graduate, writer, digital marketer, traveler, Interior design enthusiast, and a proud dog parent. She shares her expertise and writes for businesses to improve their rankings on Google. Probably one of the most amazing things about her is her ability to stay relevant. Her work has been posted on multiple blogs and e-zines across the web. Find her on twitter.
﻿
Hub4u Dubbed Movies Download - Is it Illegal?