TRAILER: Kung Fury is the Only Movie You Should Want to See [VIDEO] 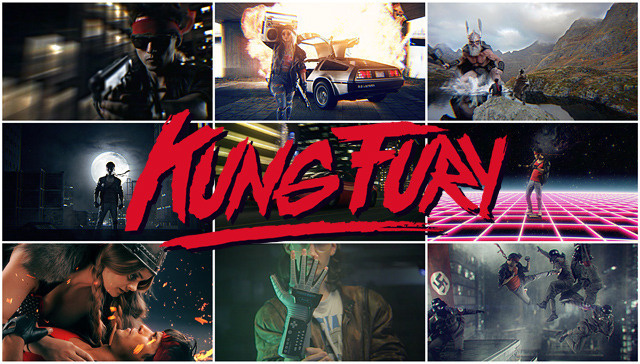 Blockbuster movies are nothing, compared to the epic awesomeness that is Kung Fury. You probably won't see the full movie anytime soon, or anytime at all, so this trailer will suffice.

The trailer combines all the cheesy glory of 80's cop movies with Kung Fu, Vikings, guns, computer hacking, dinosaurs, killing Hitler, time travel and DeLoreans. And as you can imagine, it's super over-the-top.

Directed by David Sandberg, it strikes a balance between ridiculousness, self-awareness, awesomeness, and hilarity. It's currently a Kickstarter project that needs some funding as most of the scenes in the movie were filmed on a green screen (and artists need to be hired to fill out the green screen in post production). Here's the plot summary:

During an unfortunate series of events a friend of Kung Fury is assassinated by the most dangerous kung fu master criminal of all time; Adolf Hitler, a.k.a Kung Führer. Kung Fury decides to travel back in time, to Nazi Germany, in order to kill Hitler and end the Nazi empire once and for all. Kung Fury is a visually spectacular action comedy that has it's foundation in 80s cop movies.
The movie takes place in 1980's Miami, Asgard, 1940's Germany and other far out places. If the Kickstarter is funded, the movie will be put on the Internet for free. Support Kung Fury here!