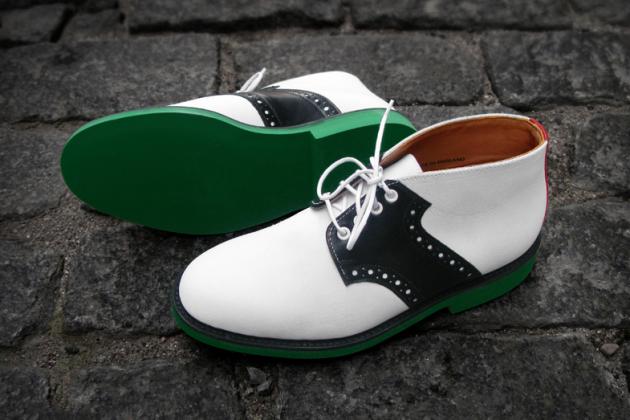 The #Heineken100 influencer program indentifies and celebrates tastemakers that represent the beer-makers "Man of the World" moniker. Having released a pair of Saddle Shoes last year, they are now enlisting Mark McNairy to produce two collaborative pairs of Saddle Boots for 2013.

“Heineken and I had such great chemistry working together for last year’s #Heineken100 program that I wanted to take it up a notch,” said McNairy. “For this year’s collaboration, I decided to put a modern spin on a classic silhouette in two colorways that speak to various Heineken ‘Men of the World.’ One colorway is for those who desire a more traditional look and the other for those who have a more adventurous style.”

Each of the Saddle Boots will feature Heineken's green EVA sole, white laces, black welt and white eyelets. The first pair sports a white suede upper with a red rear stripe. The second sports a black pebbled leather with a black rear stripe.

You can't buy these though. They are only exclusively available to the 100 individuals on the #Heineken100 list. 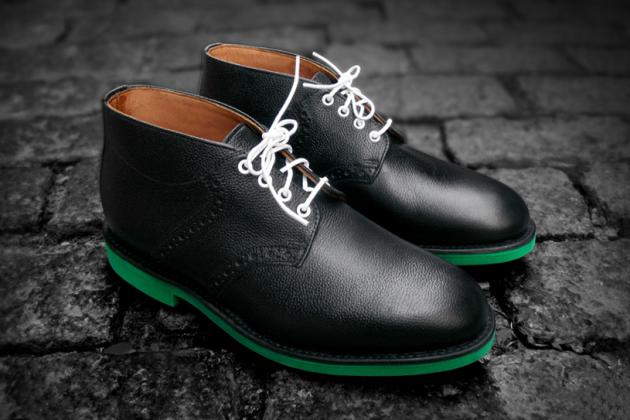