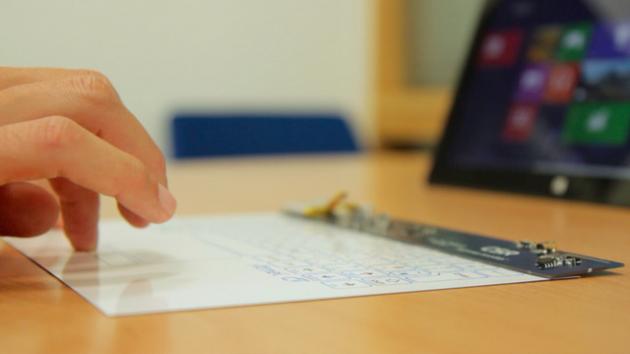 The keyboard you're using today is thick. But maybe one day, it'll just be lost on your desk if you have a lot of paper on it. England based research firm CSR developed a touch keyboard that measures less than half a millimeter thick.

Revealed at IFA in Berlin, the keyboard is actually custom-printed onto a large touchscreen surface. It's a low power ed version, so it doesn't need a bulky battery to do your bidding. 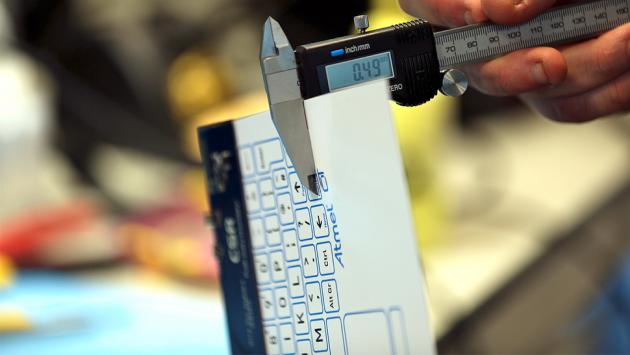 CSR's creation won't be available to consumers for at least a year. Till then we'll have to settle for the thick keyboards we're already using. [CSR via The Guardian]