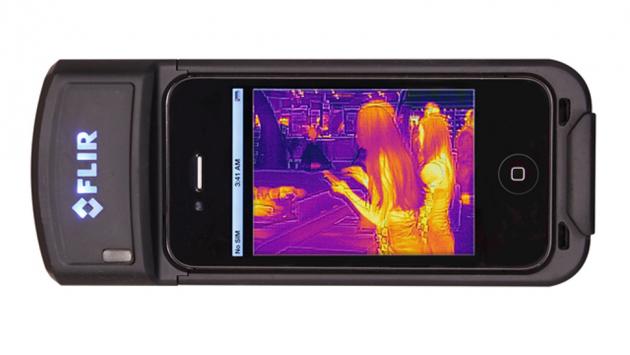 Doesn't this look like what the Predator sees? FLIR (Forward Looking Infrared) has been long used by militaries around the world for night missions. This heat sensing imaging technology is now working its way into consumer phones, namely the iPhone.

FLIR debuted a commercial prototype of its FLIR iPhone sled. It's still a work in progress and is designed to show off the company's line of tiny Quark camera cores. They measure 3/4 of an inch thick and have a max resolution of 640x480. It's good enough for nighttime ISR missions. The setup debuted used a 9mm lens and could spot a person at about 300 yards.

For now there's no word when or if FLIR will find its way into the mobile market as the company is still looking into the general feasibility of mass producing the devices. Unless you're tracking down living things, why would you need Predator like vision?