Everyone knows that Matt Damon and Ben Affleck are best known as Hollywood's ultimate bromance team. And now, the bros are reportedly working together with Warner Bros to oversee the production of a new movie called Sleeper. 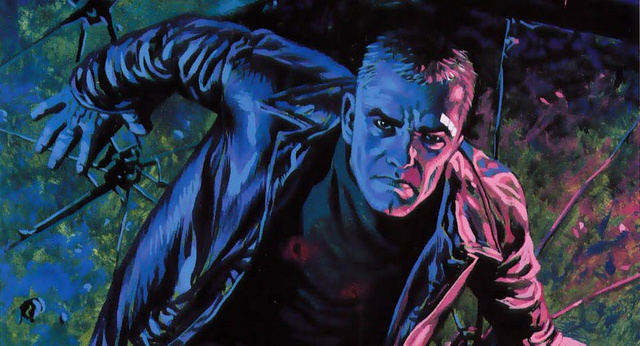 The film is based on a comic book by Ed Brubaker, and is centered around a man who can absorb and pass along pain and his job as a sleeper agent hidden in a massive system of organized crime. Here's the rundown on the premise:
Secret Agent Holden Carver is a man on a mission — only nobody left alive seems to know it.

Holden Carver is part of a world-spanning secret organization headed by Tao, super-manipulator and ruthless criminal mastermind. He is also a sleeper agent, forced into a world of evil and treachery by master spy John Lynch, who now lies in an irreversible coma, the only living soul able to bear witness that Carver is actually one of the good guys. Now, ensnared in an ongoing game of cat and mouse, every day is a challenge for Holden to evade detection by those who think he is an ally, avoid capture from those who believe he is a traitor, and somehow survive with his soul intact.

What's a spy to do when no one knows he's been left out in the cold?
Other people involved include acclaimed screenplay writers Shawn Ryan (The Shield) and David Wiener (Last Resort). Stay tuned for more exciting updates.

[Comic Vine]
﻿
The In-Theater Movie Experience: What the Numbers Say Late in 2021