Here's How Thor 2 Was Influenced By Game of Thrones

Did you manage to catch Thor: The Dark of the World yet? The sequel is said to be a total game changer for the how the hammer-throwing Norse god's home Asgard ended up looking like. And it's all thanks to Game of Thrones. 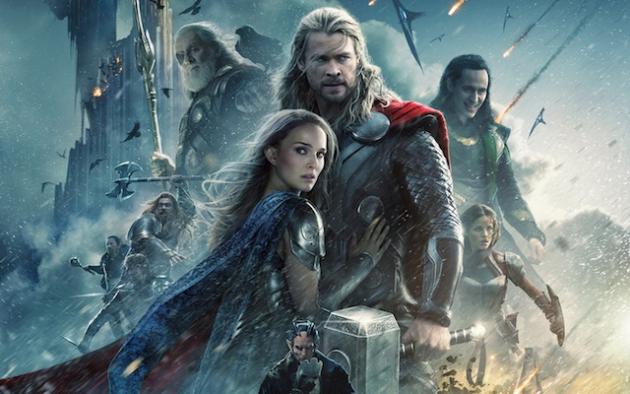 Apparently, many of the fantastical scenes in the sequel were inspired by the work that director Alan Taylor had done for the HBO series. Here's what he revealed to i09's Meredith Woerner:
There's a lot more fantasy in this film than in the previous film (which was mostly set in New Mexico). Did Game of Thrones help prepare you for that?

I think Game of Thrones was critical to me being able to do this movie, and being able to feel like there is a straddling of reality and fantasy. I sort of thought that I had already been in that process [in GoT]. Also, from the other side, I think Marvel was interested in me because of Game of Thrones — by bringing me on, we all know what we're talking about here. It's trying to find that balance where it's fantastical but you don't disbelieve it. For me, it was epic and fantasy, but you absolutely relate, in a sort of intimate way, to this guy and his brother. It was trying to keep a human scale while it's big and real and dirty. And also while it's being fantastical. So there was definitely preparation there.

I've always admired how much Game of Thrones tries to lean away from the fantastical, so when it comes you actually really savor it. In season one, when the dragons finally turn up it's not like episode 2, "DRAGONS!" You almost don't really believe it. They don't believe in dragons in that world either. So when they turn up there's a real "wow" quality to it. I really admire the way they handle it.

It's funny you say there's more fantasy in this version — yeah, the whole thing is ridiculous. It's a guy who flies around with a hammer. We had more realms and our villains are pretty fantastical. There were days when I thought, "We're shooting elves on a spaceship… if we can make this at all believable we're okay."
If you're okay with a few minor spoilers, then be sure to read the entire interview here
﻿
Hub4u Dubbed Movies Download - Is it Illegal?