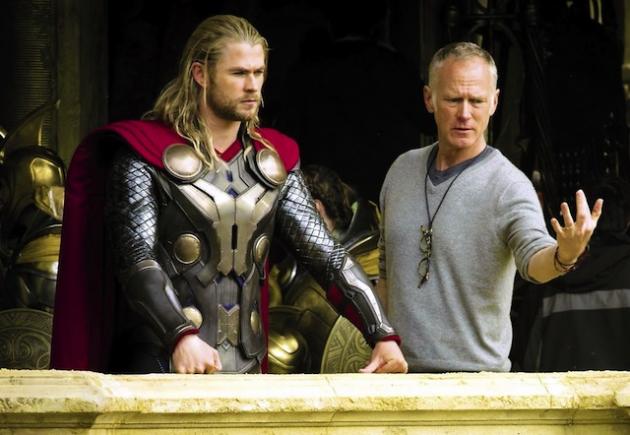 Fans will no doubt be pleased to know there'll be two extra scenes after the credits roll in Thor: The Dark World.

However, director Alan Taylor isn't all to pleased mainly because one of the scenes [SPOILER ALERT] is a tie-in to Marvel's upcoming movie titled 'Guardians of the Galaxy.' Here's what the director said during an interview with Bleeding Cool:

BC: So was that James Gunn?
AT: I wouldn’t blame it on James Gunn.

BC: Blame?
AT: Er… I wouldn’t attribute it to James Gunn… it’s clearly his sets and his characters…

BC: So you’re not quite comfortable with it?
AT: I am very happy not to take responsibility for that…

BC: It’s a different tone for sure, huh?
AT: It’s a different tone. I would have shot it differently. But I think it’s cool that it reaches out and touches that other universe. That universe is coming. The Guardians universe is really cool and wacky… but that sequence in the credits, I would say, is the only part of the movie where I’m happy to give the credit away…
Given that the sequel is titled 'The Dark World', there's a high chance that there's going to be plenty of heavy, darkly operatic superhero scenes involved. Here's hoping that the easter egg after the credits doesn't spoil the whole thing.
﻿
8 Broadway Musicals That Are A Must-Watch