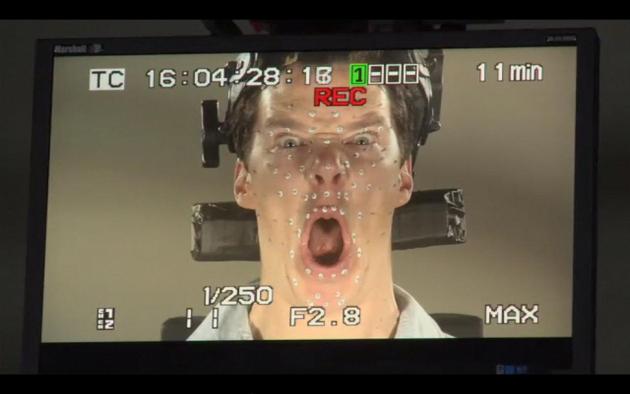 These behind-the-scenes photos of Cumberbatch were posted on Flickr by user Tolkienerd. Those dots on Cumberbatch's face are necessary for doing motion-capture for the actor's upcoming role as the fearsome 'Smaug' dragon in the Hobbit sequel (which will be out December 2013). 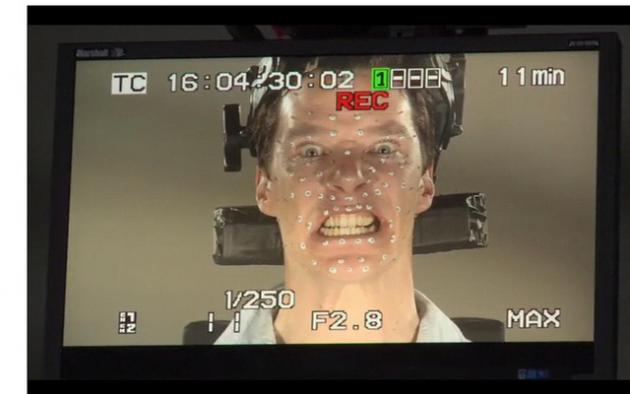 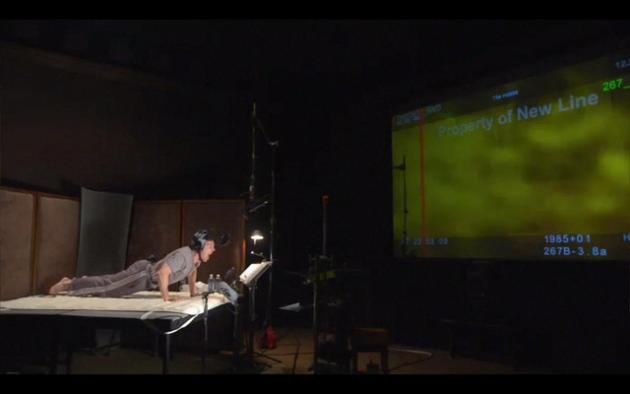 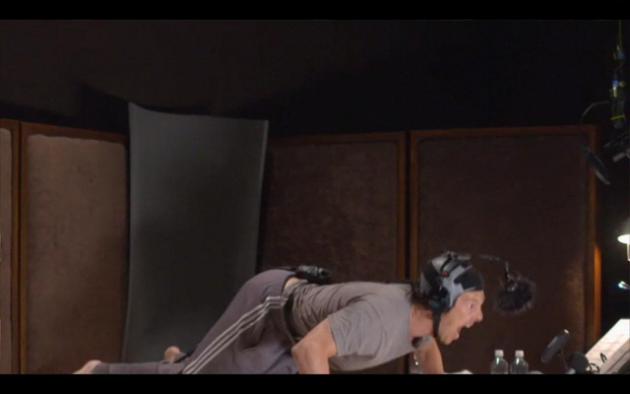 In an interview with Wall Street Journal, Cumberbatch talked about how Peter Jackson asked him to play Smaug using full mo-cap:
He wasn’t that in need of it but he said, ‘do you want to do it?’ I said, ‘Absolutely, I do. That’s the great appeal, trying to bring this. He said, ‘But’. I went, ‘I know what you’re going to say: I’m a biped mammal, I’m not a serpent with tiny claws or legs. I don’t have a tail, I can’t breathe fire or fly, and the rest of the things that aren’t dragonlike about me. But I do think in my imagination I’ve got something which might at least push the WETA animation into a direction.’ He went, ‘Come down and play.’ So that was an amazing thing, I’d never been so free. You feel like a tit when you walk onto the stage and there are dots all over your face and your body, but the motion-capture volumes pick up every motion and turn it into an avatar. A beautiful full circle.
Be sure to check out the rest of the pics at the link.
﻿
Six Christmas Movies to Watch at Any time of the Year