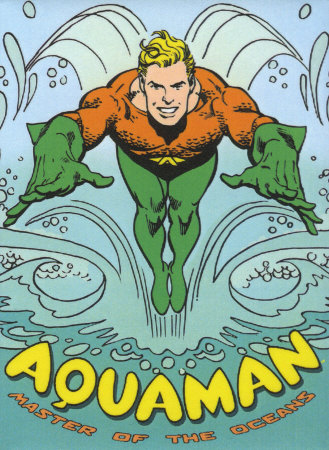 Aquaman probably isn't one of the superheroes you're familiar with. He's the King of the Seven Seas, and the "reluctant ruler of Atlantis." From DC Comics:

Cast out from Atlantis as a baby, Arthur Curry grew up on land, thinking himself a normal human. But when he matured, Atlantis returned, claiming him as their rightful king. Caught between a surface world constantly ravaging the sea and Atlanteans looking to lash out in revolt, he’s committed to protecting the entire globe.

Sounds pretty cool, doesn't it? So cool that YouTube star Ryan Higa a.k.a. NigaHiga decided to create a trailer for a fake movie about the underwater superhero.