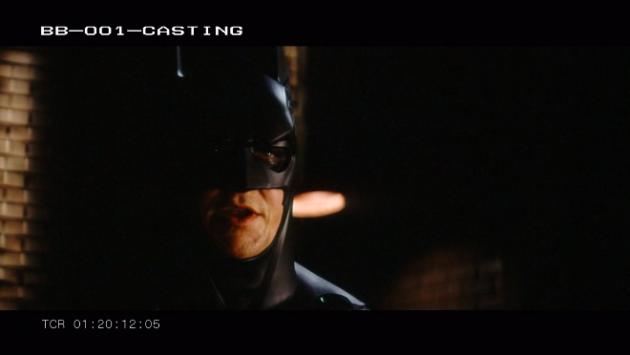 Even Christian Bale had to sing for his song when auditioning for the role of Bruce Wayne in Batman Begins. He had to do his best wearing Val Kilmer's batsuit.

Batman News posted a review of the Dark Knight Trilogy: Ultimate Collector’s Edition, which comes out this Tuesday. Here's one of the extra bits.

Bale was wearing Kimer's costume while playing opposite Amy Adams as Rachel.

The collection also includes Cillian Murphy's Batman audition, which prompted Christopher Nolan to consider him for the Scarecrow.

[Batman News via Comic Book Movie]
﻿
The In-Theater Movie Experience: What the Numbers Say Late in 2021