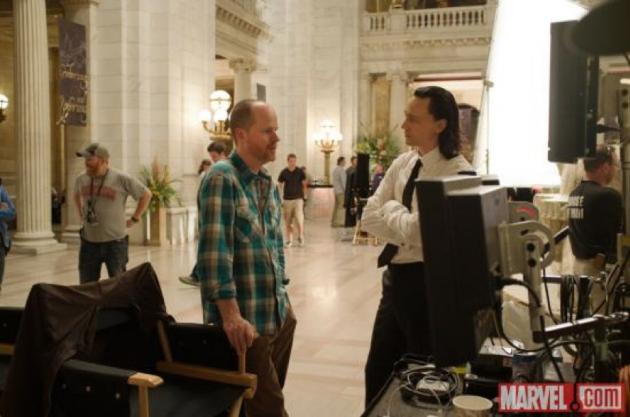 Joss Whedon should just be named the "Superhero Whisperer" because he's been sticking around to clean up everybody's mess on various Marvel sets. Alan Taylor, Thor 2's director, revealed to SFX Magazine that Whedon was brought in to help out on troubling script areas.
"Joss came in to save our lives a couple of times. We had a major scene that was not working on the page at all in London, and he basically got airlifted in, like a SWAT team or something. He came down, rewrote the scene, and before he got back to his plane I sort of grabbed him and said, ‘And this scene and this scene?’ And he rewrote two other scenes that I thought had problems. Then finally we let go of him, he took off again, and we shot the scenes; and they were just much better and much lighter on their feet. Much more fun, much more surprising than what we had been trying to do. I can relate to guys who come out of the TV world, since that’s where I come from. And being able to land and work and solve a problem quickly[…] I really was grateful.]
﻿
8 Broadway Musicals That Are A Must-Watch