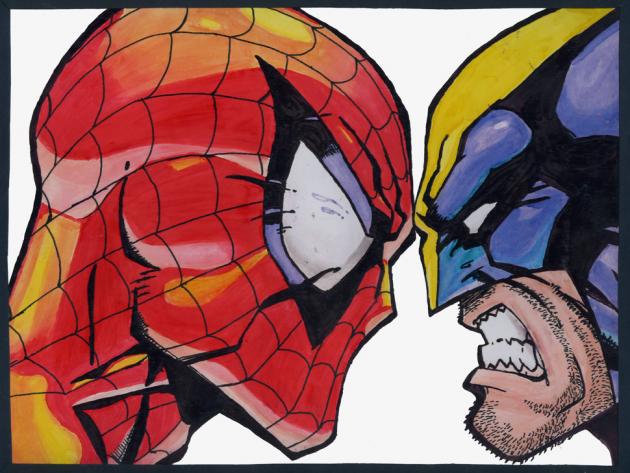 Hugh Jackman says he nearly did a brief cameo in the first Spidey movie as Wolverine, but it didn't happen because he didn't have the right costume.

In the first "Spider-Man" — Kevin Feige reminded me of this — we really tried to get me to come on and do something, whether it was a gag or just to walk through the shot or something. The problem was, we couldn't find the suit. The suit was stuck in some thing. And so when they were in New York when I was there, we couldn't get it together.

He continues by saying he'd still be open to the idea of a crossover now, if the studios could agree to split the proceeds and put him in a movie with Robert Downey Jr.'s Iron Man. Unfortunately there's just too much money invested for the studios to want to do that.