REVIEW: Angelina Jolie Was Born To Be "Maleficent" 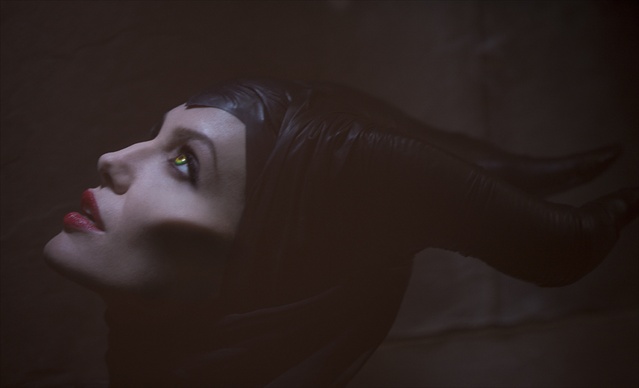 Revenge has never looked this sexy.

Directed by Robert Stromberg and written by Linda Woolverton, this live-action, re-imagining of Walt Disney's 1959 animated film portrays the story from the perspective of the antagonist. Here's the official synopsis:

"Maleficent explores the untold story of Disney’s most iconic villain from the classic “Sleeping Beauty" and the elements of her betrayal that ultimately turn her pure heart to stone. Driven by revenge and a fierce desire to protect the moors over which she presides, Maleficent cruelly places an irrevocable curse upon the human king’s newborn infant Aurora. As the child grows, Aurora is caught in the middle of the seething conflict between the forest kingdom she has grown to love and the human kingdom that holds her legacy. Maleficent realizes that Aurora may hold the key to peace in the land and is forced to take drastic actions that will change both worlds forever.
In the original film, the evil sorceress (voiced by actress Eleanor Audley)  curses a baby to die before the sun sets on her 16th birthday, just because. This dark, fantasy adventure version adds a backstory to her devious character, with the main message being that nobody is ever really pure good or pure evil. 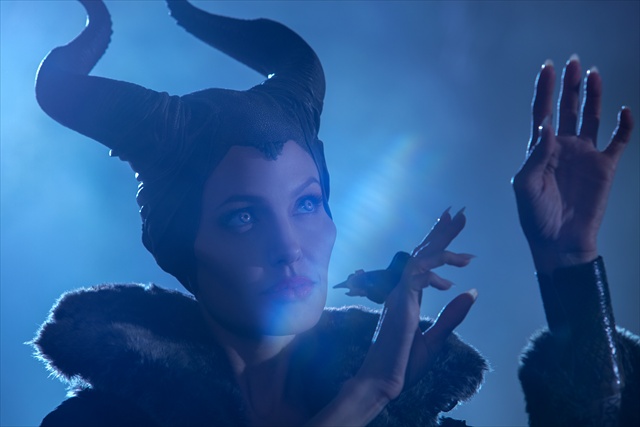 There is simply no denying that Angelina Jolie was destined to play the iconic Disney villainess. The elaborate costumes and insane cheekbones only serve to enhance her already otherworldly beauty and intimidating screen presence, which is best demonstrated by this particular scene below:

Leave it to Jolie to perfectly portray one of the most fabulous overreactions to not being invited to a party in all of film history! Unfortunately for Maleficent fans, that's about the only thing that was left intact from the original movie.

We get that this fairytale reboot is an attempt to modernize the classic fairytale by reintroducing a strong female character, but Maleficent comes across as more of a "heartbroken super-fairy gone rogue, who later develops maternal instincts, and that somehow makes her want to redeem herself." Not exactly the most empowering of messages.

To be honest, we really had no problem with the original Maleficent being evil for the sake of being evil. That was what made her character so appealing in the first place (not all of us grew up rooting for the princess ). Or maybe we're just being purists?

As for the other characters in the story like the naive Princess Aurora (Elle Fanning); her love interest Prince Philip (Brenton Thwaites); the ruthless King Stefan (Sharlto Copley); and the ditzy fairy trio (Imelda Staunton, Juno Temple, and Lesley Manville), we can barely remember what they were doing on screen.

Overall, the film is fun if you like appealing visuals and plenty of Jolie screentime. But even with her kind of acting prowess, Jolie is simply not enough to carry the whole film and make it interesting. So be sure to load up on the caffeine when heading to the cinemas, or you could end up feeling a little bit like Sleeping Beauty herself while watching this flick.

Maleficent is now screening in 2D, 3D, and IMAX 3D at a cinema near you.
﻿
Six Christmas Movies to Watch at Any time of the Year