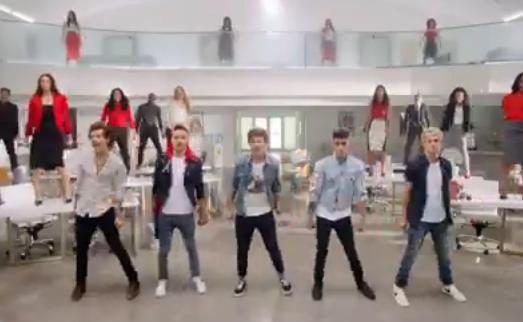 Fans of One Direction have helped the boy band's new "Best Song Ever" break Vevo's record for most views in a 24-hour time span. The band's video was watched 12.3 million times on Vevo.com, Vevo apps, Xbox, Roku and YouTube in the day-long period after it debuted on Monday.

Vevo confirmed the new record on Tuesday. "Best Song Ever" bumped off "We Can't Stop" from Miley Cyrus as the record holder.