Did Someone Confess A Murder On PostSecret? 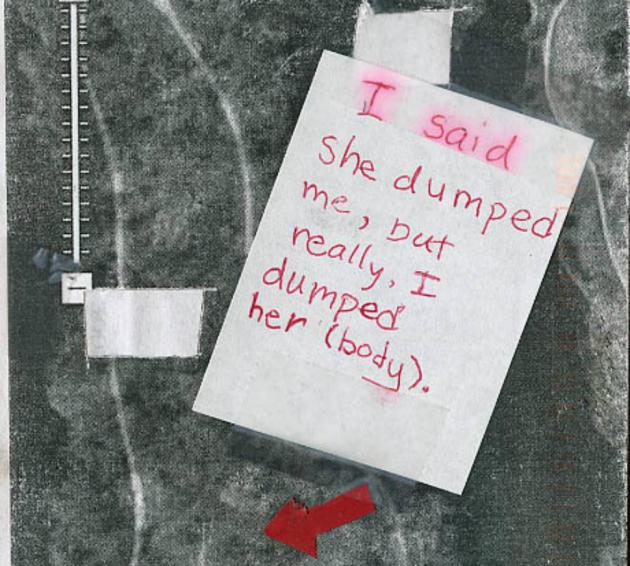 The card said, "she dumped me, but really, I dumped her (body)." According to the Daily Dot, instead of reporting the card to the police, Post Secret tweeted it out and it kicked off an Internet investigation on Reddit.

Reddit users soon figured out the location of the map, but Reddit moderators, trying to shut down these types of user-generated investigations, promptly deleted the post.

Is this bogus? PostSecret hasn't contacted the police. It sounds too dubious. What do you think?
﻿
Dazzle Your Audience with an Amateur Fireworks Show