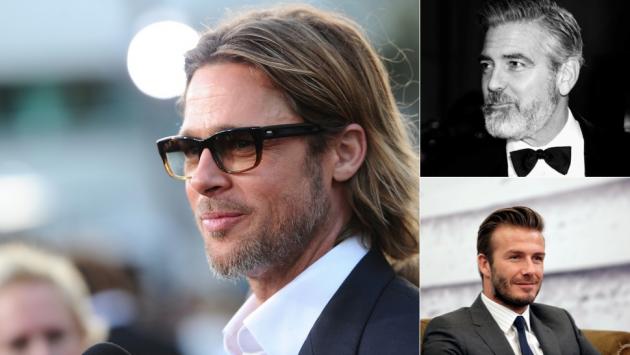 The latest concern for men is whether or not they have enough facial hair. Are you shocked? An article in the Daily Mail says that this is substantiated with a lot of highly scientific data.

In an interview with one plastic surgeon, the number of men in the UK who have been choosing to get beard transplants has "rocketed" over the years. And according to another doctor who did the first hair transplant back in the 90s, the demand has seen a "six fold year on year increase in the amount of men having surgery to boost their facial follicles over the last five years."

Everyone who's man enough spots a beard these days. And it's no thanks to celebrities like Brad Pitt, George Clooney or David Beckham, showing off their prized facial locks. Another man to blame for the proliferation of this concern is Jeremy Paxman. He is a host for the BBC show Newsnight and who typically appears clean shaven but last week shocked the UK with his new summer beard.

He's gotten so much attention on it that he even wrote an entire piece for the Telegraph about his change, entitled "It’s only a beard but it’s a big burden."

After the Twitterstorm that followed Monday’s Newsnight, one lot of facial topiary after another called out “good on yer!” or “don’t shave it off!” as I walked down the street.

I suppose Freemasons must experience a similar thrill as they exchange secret handshakes.

I had joined a section of society that I fully expect — indeed I demand — merits the sort of legal protection accorded to other minorities.
But really. Is it that big a deal if you can't grow a beard? We hear you save a lot of money on shavers.