10 Good Reasons Why You Should Drink More Green Tea

Green tea is more than just something you drink at a Japanese restaurant. This green beverage packs a pretty powerful punch that can help you feel healthier and potentially increase your longevity. Below are 10 health benefits of green tea that have been confirmed in human research studies: 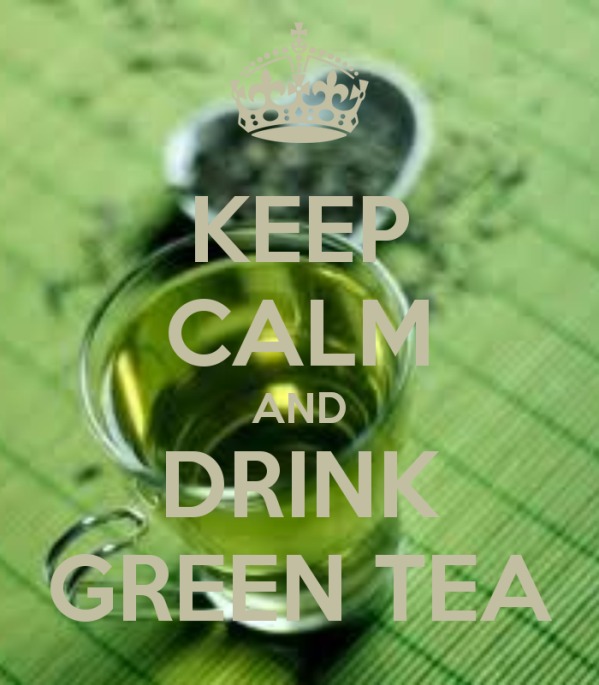 Green tea is loaded with bioactive compounds that can have various beneficial effects on health, including polyphenols like flavonoids and catechins, which function as powerful antioxidants These substances can reduce the formation of free radicals in the body which are known to play a role in aging and all sorts of diseases.

It also has an antioxidant called Epigallocatechin Gallate (EGCG), which has been studied to treat various diseases and may be one of the main reasons green tea has such powerful medicinal properties. If possible, stick to a higher quality brand of green tea as some lower quality brands tend to contain excessive levels of fluoride.

Can Improve Brain Function and Make You Smarter

The key active ingredient here is caffeine, a known stimulant that's been linked to improvements in various aspects of brain function, including improved mood, vigilance, reaction time and memory. It also has the amino acid L-theanine, which helps lower anxiety.  This combined with the smaller dose of caffeine makes green tea a great alternative for those who need a quick brain boost.

Some studies have found that drinking green tea can help boost the metabolic rate and increase fat burning in the short term.

Contains Antioxidants That May Lower Various Types of Cancer Risks

Since green tea is such an excellent source of powerful antioxidants, it's believed to protect against certain types of cancer, including:
Multiple other observational studies show that green tea drinkers are significantly less likely to get various types of cancer. But ditch adding milk to your tea, as it can reduce the antioxidant value.

The bioactive compounds in green tea can have various protective effects on neurons and may reduce the risk of both Alzheimer's and Parkinson's, the two most common neurodegenerative disorders.

Streptococcus mutans is the primary harmful bacteria in the mouth. It causes plaque formation and is a leading contributor to cavities, tooth decay and bad breath. Some studies show that catechins found in green tea can kill off this bacteria, and even inhibit viruses like the influenza virus, potentially lowering your risk of infections.

Some controlled trials show that green tea can cause mild reductions in blood sugar levels. It may also lower the risk of developing type II diabetes in the long term.

One study in Japanese individuals found that those who drank the most green tea had a 42% lower risk of developing type II diabetes. According to a review of 7 studies with a total of 286,701 individuals, green tea drinkers had an 18% lower risk of becoming diabetic (47).

Green Tea May Reduce Your Risk of Cardiovascular Disease

Green tea has been shown to lower total and LDL cholesterol, as well as protect the LDL particles from oxidation. Observational studies show that green tea drinkers have up to a 31% lower risk of cardiovascular disease.

Some studies show that green tea leads to increased weight loss. It is particularly effective at reducing the dangerous abdominal fat.

Given that green tea drinkers are at a lower risk of cardiovascular disease and cancer, it makes sense that it could help you live longer.

In a study of 40,530 Japanese adults, those who drank the most green tea (5 or more cups per day) were significantly less likely to die during an 11 year period.

Another study in 14,001 elderly Japanese individuals aged 65-84 years found that those who drank the most green tea were 76% less likely to die during the 6 year study period.
﻿
5 Different Ways to Use Squat Racks

There are no better pieces of equipment than power racks. Home gym enthusiasts can spend hours researching the best power racks 2021, but that shouldn’t be the only focus. Before you get a rack, you should know how to do the top five exercises with the equipment.  Read more
FITNESS TIPS  Squat Racks Apr 17, 2021 19:26
How to Keep Your Skin Moisturised in Winter?

It’s no wonder that our skin turns itchy and flaky during winters. Once the skin starts to dry and is left neglected, it continues to worsen, causing bleeding and cracks. However, luckily, there are simple effective ways to help deal with the winter dryness, keeping your skin calm and moisturised. It would be best to follow a proper skin care routine regularly. We have enlisted some tips that you can keep in mind regarding skin care during winters. These tips have been found effective by many and are sure to fetch evident results. Continue reading the tips below:  Read more
BEAUTY TIPS  Skin Moisturise Apr 16, 2021 13:19
Benefits Of Using The Face Wash

We always wish our faces to look clear and without any dirt. And for this washing, your face is awfully essential. Each day our face is exposed to sweat, pollution, dust, and many other things, and just washing our face with water does not completely cleanse our face.  Read more
BEAUTY TIPS  face Apr 11, 2021 13:50
More Stories >