How To Treat Dry Eyes

A Look at Glaucoma: A Genetic Eye Illnesses

How to Find the Best Deals on Medications

How to Find the Best Deals on Medications Mar 04, 2021
HEALTH TIPS  Medications

How Sleeping Can Help Your Mental Health

How to Choose the Best Teeth Whitening Product

Tips to maintain a healthy lifestyle when working in France

Ways To Improve The Quality Of Sleep

Recognizing The Most Common Signs & Symptoms Of Mouth Cancer

Discover How Well Planned Meals Can Give You A Healthy Lifestyle

Discover How Well Planned Meals Can Give You A Healthy Lifestyle Feb 05, 2021
HEALTH TIPS

Discover The Best Time To Get Wisdom Teeth Removed

This Is How to Choose an Online Canadian Pharmacy

This Is How to Choose an Online Canadian Pharmacy Jan 26, 2021
HEALTH TIPS  Pharmacy 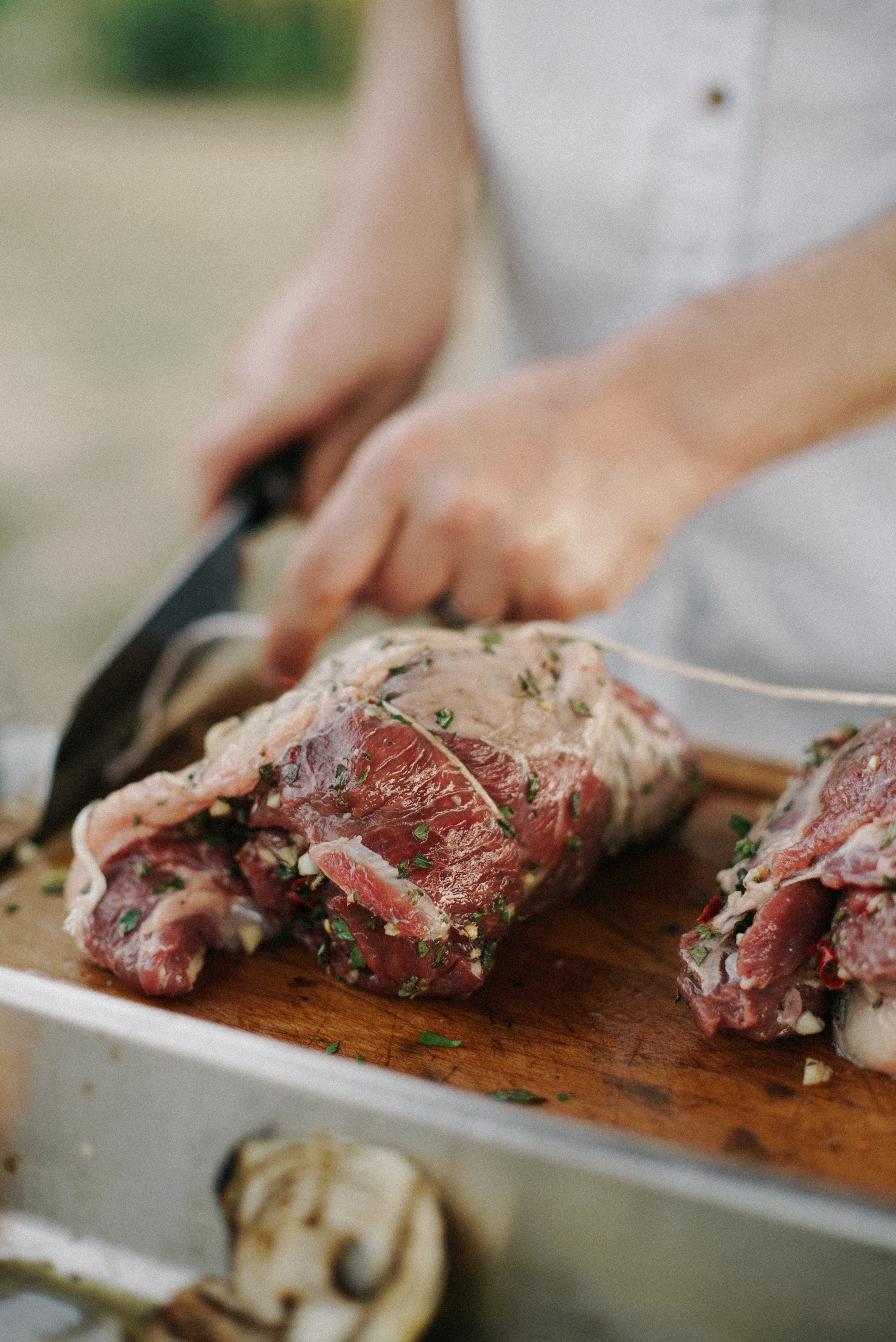 We can’t deny that we cut meat regularly while cooking some meat items at our kitchen but it doesn’t make us experts like professionals. We know we can’t be like them. But it is our utmost desire to cut meat whether it’s chicken or beef or lobster pretty fast with less effort.
There are various ways to cut meat for various kinds of meat recipe. It is obvious that we can’t cut the meat for beef brisket like the way we do for beef curry. So there are so many ways to cut.
Today I am going help you to find some hacks that will help to cut meats for various recipes by taking less time and less effort. This hacks can help regular people and especially for people who are really amateurs in cutting meats. So let’s dig into it:
If you’re in fight with chicken
1. Kitchen shears are the one thing that is most important to cut chicken. We often use knives to cut meat as well as the bones. But if you use kitchen shears to cut bones especially when to displace the legs and the wings you can do it pretty fast and easily with kitchen shears.
2. Longer knife with small handle is a perfect choice. Remember if you are not accustomed to cut chicken for grill or for fry or curry you should use knives long in size but the handle shouldn’t be not big in size because it would be pretty hard to use big size handle for amateurs.
3. Try to use thinner blade but not lightweight knives. If it is about to cut chicken then you should use the thinnest blade because chicken meat is pretty soft so using heavy knife can mash the meat. Besides lightweight knives cannot put enough pressure into the meat and you need to use the knife more than once. So don’t do mistake to choose the right knife for cutting meat
4. Try to keep the skin with the meat as long as possible. If you do so it will help you to grab the chicken easily and you will be able to cut quickly and with less effort. It is for the situation when we are about to prepare recipes that doesn’t require the skin to be attached with the meat. 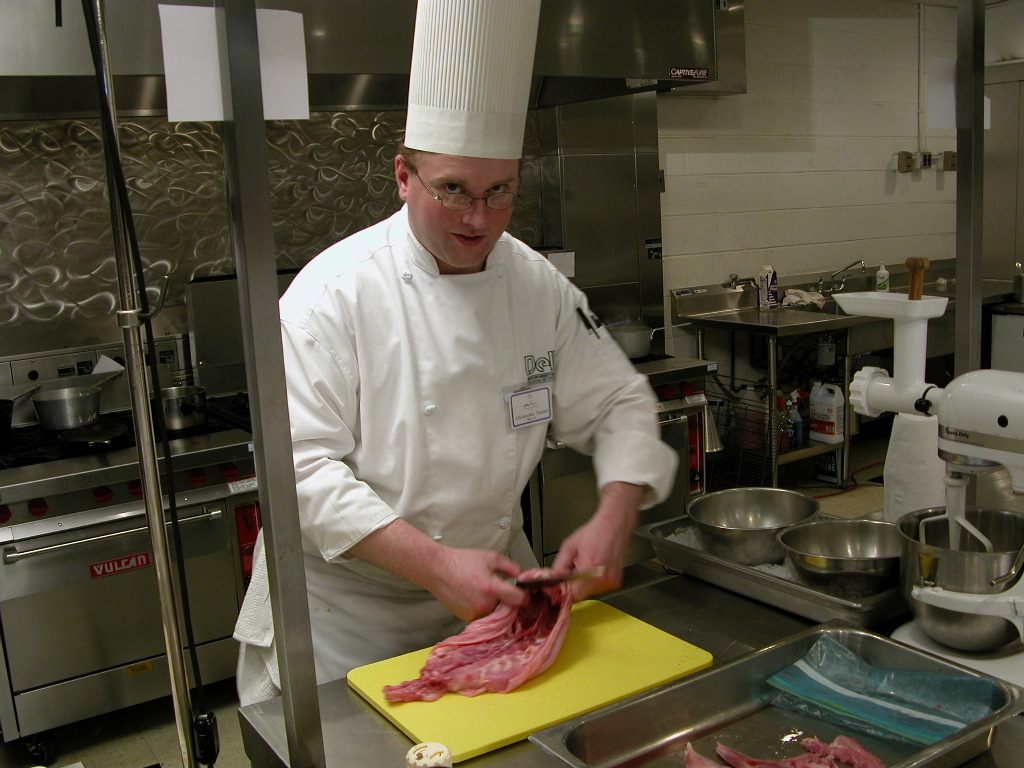 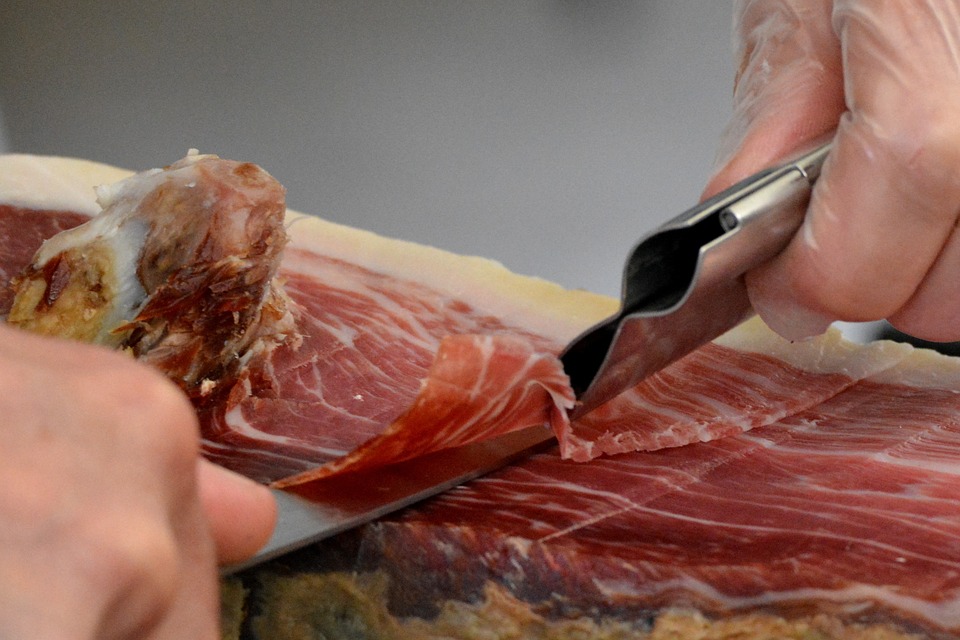 If you’re about to deal with beef
5. Always slice the beef against the grain of the meat. Cutting the meat parallel to the grain makes it hard to cook and it doesn’t create the amazing taste the way meat cut against the grain creates. It is simple hack that will change the whole thing for sure.
According to Chef Matthew Wadiak it is the most scientific way to cut the beef. It paves the way to make it more chewable and it takes less time to cooked comparing the meat that is sliced against the grain
6. Partially frozen meat can be sliced easily. Sometimes we want to cut the meat into most précised size for recipes like stir fry. But it seems really hard to get the plain pieces of meat. In that case you shouldn’t defrost the meat completely rather than keep it semi frozen. The meat won’t be hard as frozen and soft as defrosted.
If you cut the meat in this condition you will get the plain précised pieces of meat
7. You have to be more careful when cutting the fat portion. We find it stressful to cut meat for steak. Especially when you have to deal with fat portion carefully for better taste of the food. For fast cutting you should place the fat layer part at down and start cutting it from the layer where fat is less. Due to this you will be able to cut the meat faster.
8. Cut the meat into handy size before freezing. If you want to cut meat fast then you should start the process earlier to make it possible. It is not suggested by professionals to keep the bigger size meat. Because when it gets defrosted the whole meat holds water into it which is not good for the meat.
So if you cut into handy sizes the water will be easily drained when it is defrosted.
If the lobster is your concern
9. Always start with the trail. It is better to start with trail. To do it you first need to grasp the tail after being boiled properly. It is recommended not to use knives as it is easier using hands.
10. Use hands and Knife handle to crash shell. Some chefs use knives to break the shell of the trail. But using the knife can mesh the meat if it is placed with more pressure than it requires.
So it is better to place handle of the knife on the shell and just press it normally.
11. Cutting with shears is cool. Unlike the professionals that we see on Youtube that uses knives amazing to cut lobster shell, you should go with the kitchen shears. It is ultimate life savior for people at home. It is easy to operate and is less risky than using knives.
12. Separate the parts after boiling the lobster. We see both ways to separate the parts of lobster. Before boiling and after boiling. But I recommend separating parts after boiling. Because it makes shell easier to separate and the meat becomes loose that’s why you will able to remove it easily.

That’s it. These are the hacks that I believe will help you to cut the meats in the easiest way at your kitchen. The reason I have chosen this topic is because we always try our best to cut meat quickly but can’t succeed much. Due to this some people get discouraged for cooking new recipes. So to make that thing easier for all of you I have decided to write on this topic. I think these are concerns that you must have while cutting any kind of meat.
I hope you will have a hassle-free cutting experience from today for cutting the meat comfortably and quickly.
A powerful electric knife makes short work of cutting tough meat with greater consistency of size and offers greater speed allowing you to prepare meals faster and easier. Visit this site to find comparisons, reviews and tips of the best electric knives out there.
More Related Articles:
http://fooyoh.com/issue/healtheat/7606072
http://fooyoh.com/iamchiq_living_lifestyle/5045048
http://fooyoh.com/iamchiq_living_lifestyle/15324061/the-difference-between-traditionally-reared-meat-and-factory-farmed
﻿
How To Treat Dry Eyes 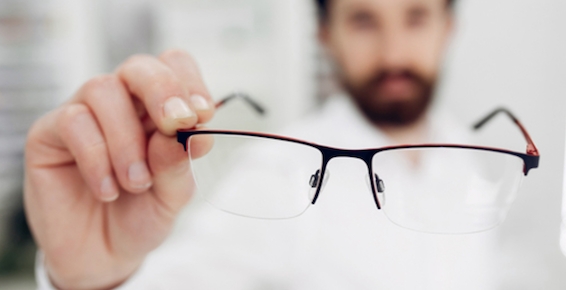 Suffering from dry eyes can be an incredibly irritating and often painful ailment to suffer with. Even though dry eyes tend not to be a bigger or more serious issue, it can still be a pain for people to have to deal with. The most commonly identified symptoms of dry eyes are burning, pain, redness, tearing up, blurry vision, and a gritty sensation. These symptoms show up due to your eyes not being able to produce the tears that they need to. The tears are needed to keep our eyes hydrated and lubricated.   Read more
HEALTH TIPS  eyes Mar 06, 2021 21:05
A Look at Glaucoma: A Genetic Eye Illnesses Struggling with your eyesight can be an awful ailment to have to deal with, and whether you're a glasses or contacts wearer, it's safe to say every one of us would prefer to have the luxury of having perfect vision. Unfortunately, though, only some of us are blessed with this.   Read more
HEALTH TIPS  eyes Mar 04, 2021 22:14
How to Find the Best Deals on Medications 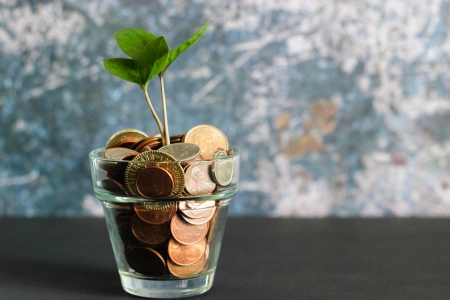 The rising cost of healthcare is an ongoing concern in the United States, and patients are now finding ways to manage the costs of their care. Prescription discount websites like USARx are just one of the new tools consumers have to help them understand and compare the prices of their medications and find the pharmacy in their area that offers the drug they need at the lowest price.   Read more
HEALTH TIPS  Medications Mar 04, 2021 11:47
More Stories >