The future is coming, and it is driving around the streets right now. No one's behind the wheel in this Mercedes-Benz driverless car. Needless to say, it's blowing everyone's minds off right now. Here's a pic of it making its rounds in San Francisco: 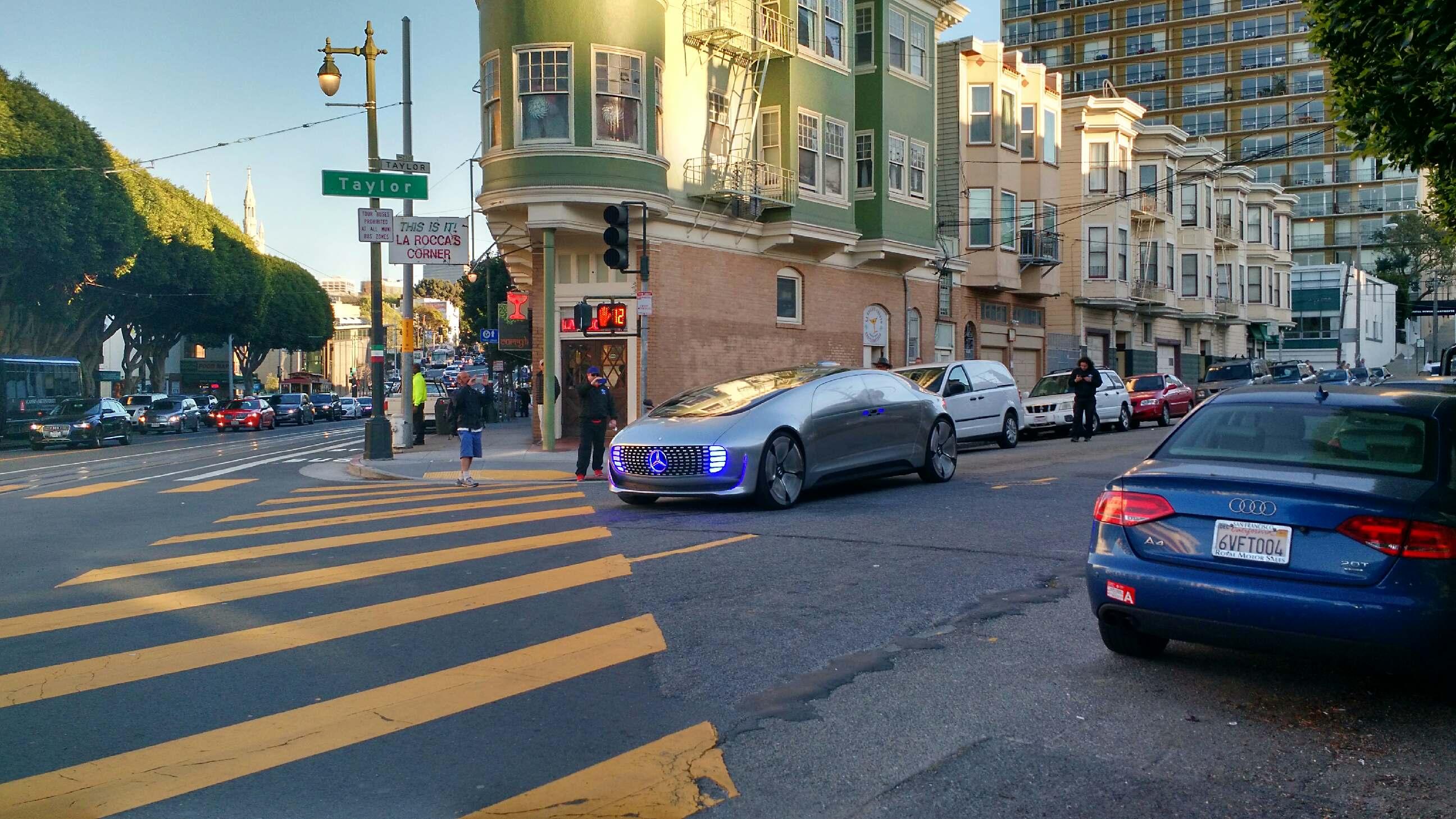 NBD, just driving around with no driver.

People are taking pics of it too: 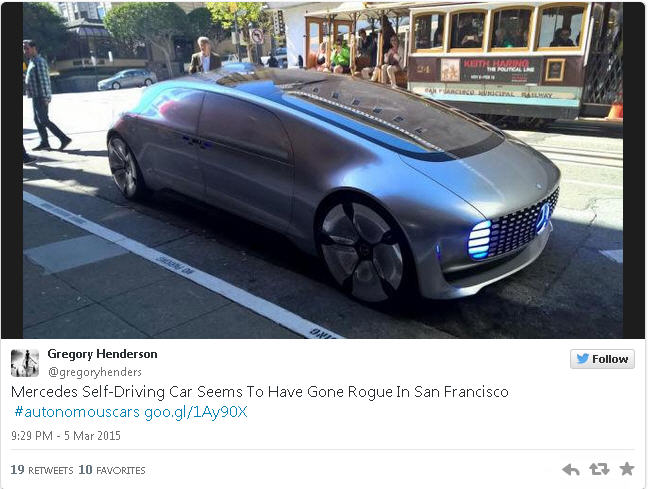 This is Wired's theory on why Mercedes took it for a spin over the weekend:

The most likely explanation for the jaunt around the Bay Area is that Mercedes-Benz is filming some sort of promotional video about, or at least including, the F015. What’s unclear is whether there’s a human hidden behind those windows, and if not, how the car senses the world around it. It’s free of the spinning LIDAR system used on many self-driving cars, and there are no visible cameras or radars. It’s also missing things like side-view mirrors that are mandated by federal regulations, so our guess is that it’s not a legitimate, government-sanctioned test vehicle, but something closer to a film prop. Not that there’s anything wrong with that. 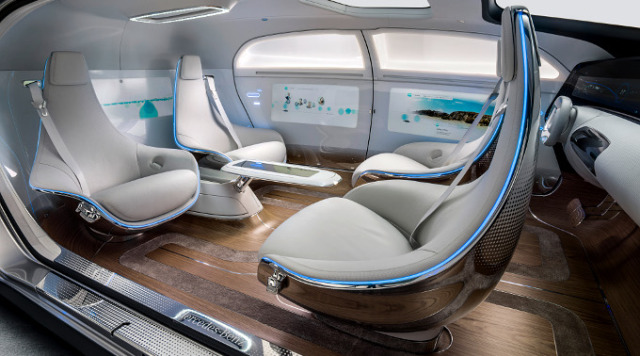 Wired says:
The F 015, also pompously known as the “Luxury in Motion” concept, is ugly. What we love is what it represents: How Mercedes is thinking about the coming time when autonomous cars will fundamentally change vehicle design. Once computers are inarguably better drivers than we are and regulations reflect that, longstanding norms like forward-facing seats, mirrors, and pedals will go out the (opaque grey) window. It will be a seismic shift, and automakers will be free to pursue exciting, even revolutionary, ideas.

So the F 015 has spinning seats for when the driver wants to chat more freely with those in the back seat. It’s controlled through hand gestures, eye-tracking, and touchscreens. Everything has LEDs. When the car senses a pedestrian ahead, it can project a crosswalk onto the ground. “The car is growing beyond its role as a mere means of transport and will ultimately become a mobile living space,” Daimler boss Dr. Dieter Zetsche said when he unveiled the car in January at CES.

Can't wait for driverless cars? Me too. 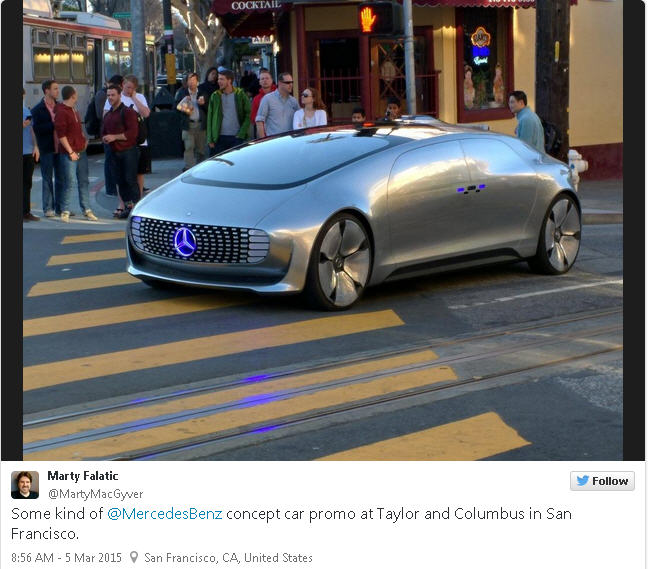