Is Your Car A Future Classic?

We all want to drive something that will have universal appeal. We want it to look good and feel good, and we want it to do both of these things over a long period of time. Preferably we would like the car to be iconic, and we would like to participate in the development of that heritage value.

Style is undeniably one of the most important aspects of a car becoming a classic vehicle. If a car has style, then it is far more likely to be adopted as a part of a culture. It is therefore more likely to attain cult status, and become a classic. But it can’t just be generally stylish in a derivative manner. It has to have a style that is specifically its own.

Think about all of the cars that you can imagine right now. I’ll bet that they are all distinctive in their own way, with their own style. That means that they will depart from the norms of the motoring industry in one way or another. If you’re buying a brand new car that you think may one day have classic value, you should be thinking about how it is different from its surrounding context in terms of style. 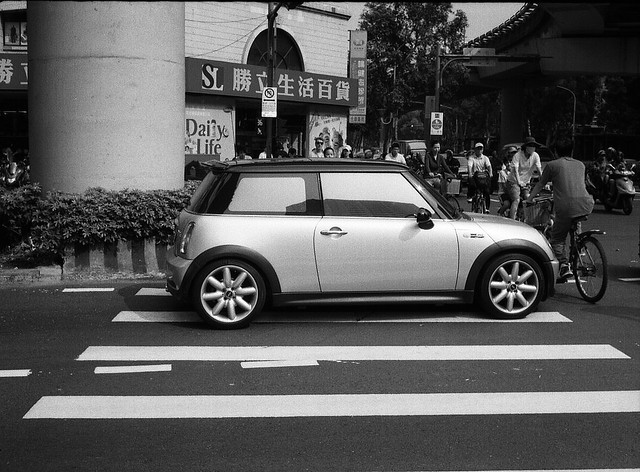 This means that you should be thinking about exactly what place your car occupies in the marketplace. Many classic cars are not necessarily those that were intended to be the fastest of their day.

Think about the Mini Cooper for example. It existed to be a cheap alternative mode of transport that would remain reliable. As it was, the stylish element spoke to many people, and the car become associated with being quintessentially British. What started as a marketplace phenomenon eventually become an entirely cultural one. Visit www.coopermini.co.uk to find out more.

Most cars that are considered classics have been around for a long time. They have cultivated a reputation for themselves as reliable cars that won’t let you down. Think once again about the sort of cars that jump to mind when you think about classic vehicles, and it won’t be the highest performance ones. It will be the ones that can be passed down through the ages because they are so reliable.

When you want to know whether your car will be a classic, you should be asking yourself whether it will be around long enough to be considered one. Some cars manage to be classics in spite of their poor reputation, but this is pretty rare. So think about the capacity that your vehicle has for longevity.

This literally means “spirit of the times.” There’s no use denying that a lot of the classic value of any car comes precisely from the associations it draws up. If a car was around in the 60s or 70s, it seems that what makes it a classic is exactly how it participated in those times and what it represented. Think about the place that campervans, for example, share in our cultural memory. That is the perfect example of how a car brand produced a reliable and stylishly distinct vehicle that participated in a particular cultural movement.

If your car is going to be a classic in the future then you should be thinking about how it’s participating in the zeitgeist presently. What about the present will be remembered in the future? And how does your car engage with this?

Things like this are notoriously difficult to predict. It seems that one of the most remarkable developments in the present is the proliferation of technology in cars. But technology does not necessarily retain its retro value as you move forward. A lot falls by the wayside as obsolete and uninteresting.

There is also something interesting that always goes on with popularity in classic cars. They are not always necessarily the most rare vehicle. They generally pack the cultural punch because they are so mass produced, and as a result they are often very popular vehicles. For the most part they were extremely popular, or at least well known.

Think about whether your car is popular or well known. Think about how similar cars were well known in their times. Are there any similarities or differences? Is anything remarkable in their divergence? This is a particularly interesting factor, as many would assume that a valuable car would by definition be rare. But that is often not the case, as the popularity raises the value of an average costing car over time.

This is fairly similar to the style element, and it does share a lot of the same parts. Basically, every classic car that I can think of is instantly recognisable as itself. Whether it’s on the road or parked, people will instantly associate it with a particular brand name that will ring clear in the minds. They will recognise everything about it, from the style to the sound of the engine and the way it performs on the road, whether good or bad.

It should be pretty clear whether or not your own car is producing an effect like this. It is the case that an effect like this is produced over time, but if you’re driving the same car over the years then you should be noticing this. Think about whether your car is producing a certain effect and whether it’s being commented on, or just being regarded as a way of getting from A to B.