When you start off a conversation about the Mini, people will assume you are referring to the BMW-built car marque. The sad truth is that the marque’s rich and long history is becoming forgotten these days.

The “classic” Mini is a much-loved icon of British motoring history. First built from 1959, the original Mini car got designed by Sir Alec Issigonis. It’s been a popular car not just in the United Kingdom but pretty much everywhere around the world.

One of the more-popular models from the period was the Mini Cooper S. Are you tempted to buy one to add to your classic car collection? If so, today’s handy guide will show you how to do so - and how to do it right! Here is what you need to know.

Tell me more about the classic Mini Cooper S

The car was the brainchild of Issigonis and his friend, John Cooper, who owned the Cooper Car Company. Cooper designed and built rally cars and Formula One cars for a living. Issigonis had reservations about creating a “sporty” Mini. Regardless, the two men worked together to create the Mini Cooper.

Spec-wise, the Mini Cooper used a 997 cc engine. The motor was a modified version of the Morris Mini-Minor unit. It started off life as an 848 cc motor. Because of the longer stroke, power got increased from 34 brake horsepower to 55 brake horsepower.

An even-more powerful version, the Cooper S, also got created, and this is the model that you are interested in buying.

Thousands of the Mini Cooper S models got produced over three generations. I recommend buying the one with the bigger engine for obvious reasons. The following details what to check when going to view a potential Mini Cooper S for sale.

Before you start worrying about the state of an engine that’s 43 to 50 years old, remember that they got built to get driven hard! After all; these specific models got used in a plethora of rallying events around the world.

Oil leaks, like with any car, are often down to failing engine oil seals. Other things you need to look out for include worn piston rings and cylinder bores. I always recommend to people that buy these cars to get the compression checked in each cylinder.

If your Mini Cooper S engine uses a lot of oil and has no visible oil leaks, check for smoke during acceleration. If you see blue smoke, especially when the engine gets started from cold, your motor has worn piston rings for sure.

To be honest, the oil-related problems an old Cooper S engine could suffer from aren’t any different to other car engines. They are just age and wear-related issues, and there’s nothing you can do about them apart from fix them!

Avoid models built in 1968 or earlier. That’s because they do not have a first gear synchromesh. The gearboxes used in all Mini Cooper S models only have four forward gears. It is possible to fit five-speed replacements though.

You don’t tend to get many problems with the gearbox to be honest. The only problems you have to contend with are just worn rubber bushings. Especially the driveshaft couplings.

If your Mini Cooper S comes with a four-speed box, consider getting a five-speed fitted in its place. 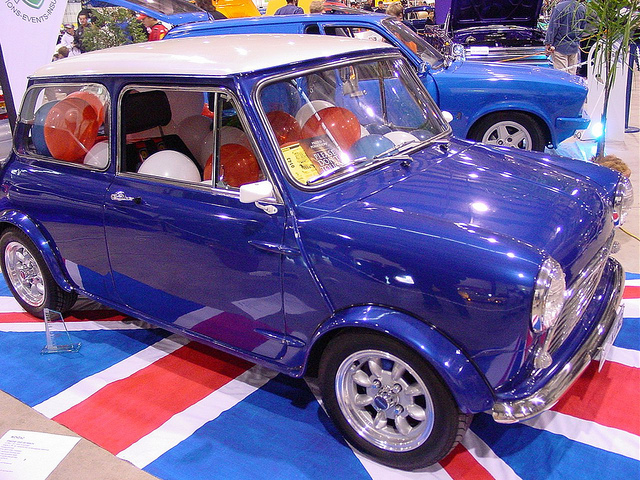 For the best suspension setups, opt for models made after 1969. That’s because they use rubber cones and telescopic shock absorbers. Whereas earlier models often featured Hydrolastic suspension.

The rack-and-pinion steering setup makes the Mini Cooper S a dream to drive. If you notice anything weird with your car’s steering, you will need to cough up for a replacement steering rack.

Any excess play in the steering is down to worn upper or lower bushings. They aren’t expensive to replace and should get done at the first sign of trouble. Apart from that, you shouldn’t have any problems with it.

Because the Mini Cooper S is a car that gets driven hard, the brakes on it get cooked a lot more than they do on other cars. Spare brake components are abundant for the Mini Cooper S, so you don’t have a reason to put up with inefficient brakes. And nor should you; brakes are a critical component of any car, after all!

Some Cooper S owners upgrade their brakes to higher-spec items. The only downside to doing that is it gets classed as a modification by your insurance company. Are you planning to do this to the Cooper S you buy?

If so, I recommend getting some Mini classic car insurance quotes. That way, you will find an insurer that’s happy to cover your brake upgrade mods.

It’s an obvious fact that the Mini is a small car. That means it uses small wheels and tires! I don’t recommend pimping your Cooper S up with bigger wheels and tires. It will have a negative impact on its handling otherwise.

If your Cooper S wheels are looking tired, you can just get them refurbished by a pro. New tires are abundant, so you don’t have to worry about stocking up on spares just in case! If you plan on taking your Mini round the track, get a spare set of wheels with suitable race tires for the purpose.

I hope you have enjoyed reading today’s Mini Cooper S buying guide. Good luck, and I hope you find the right one for you soon!