Citroen is no stranger to making news headlines. The French carmaker is well-known for producing some memorable cars. The cars they build prove out of the box thinking can work well with the motoring public!

From its humble beginnings, Citroen has shown that they have a knack for taking the motoring world by storm. And it looks like this trend is set to continue with their DS range of cars.

The carmaker made a recent announcement that they plan to spin off the DS marque as a separate company. Much in the same way that Lexus is separate to Toyota, but still “part of the family.” 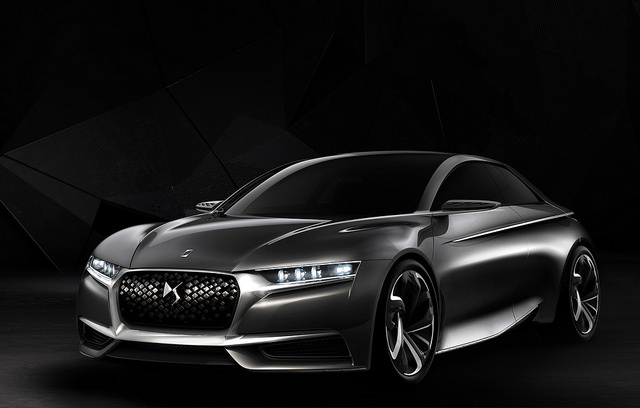 
So this is just a concept car?

Citroen is keen to show off they haven’t lost their touch when it comes to designing cars that stand out, rather than follow the crowd. France is a country that oozes fashion and style from every orifice. It’s no secret that our French friends have a good idea for design not just for clothes, but for cars too!

It’s no secret that PSA Peugeot Citroen’s fortunes haven’t always been that great in recent years. Especially when the global economic crisis hit many leading nations around the world. Still, the French carmaker are not one to sit down and give up.

They want to show the world that they still have what it takes to design and build award-winning cars that appeal to many an audience. Yes, the Citroen Divine DS is a concept car. Whether it makes it into production or not is anyone’s guess at this stage.

But what we do know is that this concept car got designed for the purposes of showing us the sign of things to come from the luxury DS marque. Citroen is quite committed to making the DS phoenix rise from the ashes. They are even considering expanding operations to the United States!

Citroen’s DS brand vehicles sell quite well in Europe and China, one of its biggest markets. They are keen for DS to become a global brand. And what better way to do that than to start selling their cars here in the US?


The perfect blend of luxury and fashion?

As you will have no doubt gathered, Citroen’s DS brand is a luxury car brand. The Divine DS concept shows a mix of luxury and fashion, but is it the perfect blend of those two qualities?

Having studied the exterior of the Citroen Divine DS, it occurred to me that the styling looks a little familiar. The front of the car reminds me a little of the Audi A3. Whereas the rear is something of a cross between the “new” Volkswagen Scirocco and the Renault Megane.

Of course, that’s just my own personal observation. You may think the car resembles other models. Or you might even think it resembles nothing out there on the market today. But one thing is for sure: the car sure does offer a unique style!

Look inside the Citroen Divine DS, and you will see a car interior like no other! If I’m honest, I’m not quite sure what to make of this concept car’s interior. As our friends across the Atlantic might say, it’s a bit “Marmite.” In other words, some people might love it, whereas others hate it.

Citroen makes a bold statement that the interior of the Divine DS “features a spectacular display of contrasts.” They go on to say that “drapes” fold around the center console and dashboard. And that car owners can change these drapes to different ones of their choosing in just fifteen minutes.

I have to admit; I do agree with Citroen when they say the interior of the Divine DS offers a “truly original sensory experience.” There aren’t many cars in the world that offer Swarovski crystals, silk and carbon-fiber all in the interior at the same time.

The Citroen Divine DS comes with three “dress codes.” They are Mâle, Parisienne Chic and Fatale Punk. Well, you did know that this car is a blend of luxury and fashion. Would you expect anything less from a French car manufacturer? 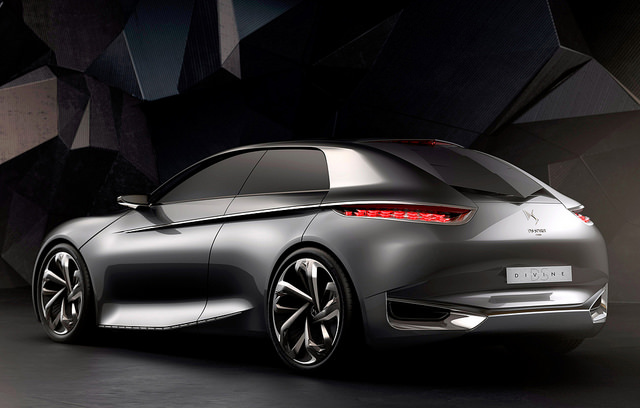 
State of the art technology

Luxury and fashion aren’t the only things that you will find in the Citroen Divine DS concept car. It uses the latest technology inside and out. For instance, the interior has an HD 10.4-inch touch-screen display and digital navigation screens.

It also comes with a rear-view camera as standard. With the Citroen Divine DS, you’ll need it because the car doesn’t come with a rear window! Outside of the car, laser headlights (yes, you heard that right) embellish the front end.

Citroen decided to use the awesome turbocharged gas engine from the brand new Peugeot RCZ R.

For those of you that don’t know of that car, the engine specs are as follows. Thanks to Mark from Thames Motor Group for providing the details:
As you can see, on paper the engine used in the Citroen Divine DS concept car is pretty impressive! Let’s face it; if you are going to design a car that will get everyone talking about it, you will want to put a decent motor like that under the hood!

The Citroen Divine DS concept car is one of those cars that evokes a wide range of emotions from those that come across it. It’s a futuristic car that offers luxury, French fashion cues and the latest technology.

There isn’t any official word from Citroen whether they will turn this concept into a production car. The most-realistic explanation for it is more a showcase of what Citroen (or should that be “DS”) plans to do with future models.

Only time will tell what becomes of the Divine DS concept, and the features that adorn its interior and exterior. What are your thoughts on this car?
﻿
4 Ways To Ensure Safe Off-Road Driving