It’s no secret that Lexus is getting ready to do battle against the German “Big Three.” The Japanese firm’s latest models are tempting customers away from Audi, BMW and Mercedes-Benz.

The latest car in their arsenal is the Lexus NX300h. It’s one that is taking aim against established market best-sellers like the Audi Q5 and BMW X5. There was a lot of industry media coverage over the Lexus NX300h. But is it a likely contender for the top spot in the luxury small hybrid SUV market?

In today’s blog post, you can read an in-depth review of the Lexus NX300h. Learn more about why Lexus thinks it has what it takes to cause an industry shakeup! 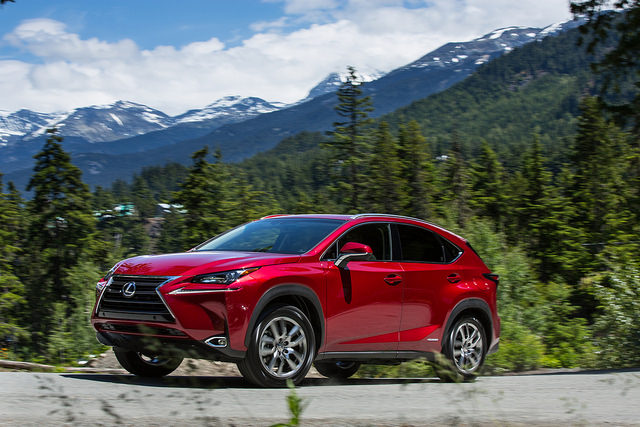 A brief history and background on the Lexus NX300h

The NX is a brand new model to the Lexus luxury car lineup. It's a compact crossover SUV that first got unveiled at the Beijing Auto Show back in April this year.

One thing that some people might find interesting is that it shares certain elements with the Toyota RAV4. That is perhaps unsurprising, considering that Lexus is a subsidiary of Toyota.

The items it shares with the RAV4 relate to the chassis. But everything else is unique to Lexus. There are going to be slight cosmetic variations to the NX in the US market, which you will notice from the front-end of the car.

According to Lexus, the reason for that is because the NX has a “light truck” classification in the United States.

One of the things that potential car owners need to learn about the vehicles they buy is what’s under the hood! As you may have deduced from the model name, the new Lexus is a hybrid gas-electric vehicle.

It has an electric motor that works with a 2.5-liter gas engine, mated to an automatic transmission. The 155 brake horsepower engine comes with a two-wheel-drive setup. It boasts engine emissions of just 116g/km. There is also a four-wheel-drive setup with ever-so-higher emissions - 121g/km.

The automatic transmission comes in the form of a CVT (continuously-variable transmission) setup. In most circumstances, this gearbox is OK. But those with a love of “spirited” driving might find the high-revving a little more than a passing annoyance. That’s because CVT gearboxes tend to hold onto the revs before shifting.

Toyota cars with automatic transmissions tend to use CVT gearboxes. So it’s not surprising that it’s used in the Lexus NX300h. It’s something that might put off some buyers, so it’s worth bearing in mind before you go out on a test drive.

The electric motor offers some pretty impressive specifications. It is a 143 brake horsepower motor that works with a high-voltage nickel-metal hydride battery setup.

Out on the road

During normal urban driving, the Lexus NX300h offers an excellent driving experience. The electric motor has plenty of punch for even the most-demanding of town and city driving. Even driving on the open roads, and going on an Interstate road trip is also a rewarding experience.

The only downside to the driving experience is, you guessed it, the CVT gearbox! To be fair it’s not a bad gearbox for most driving styles. But if you are a speed demon, expect to feel underwhelmed by it.

If you want to get somewhere in a hurry and put your foot down on the gas pedal, don’t expect much to happen! The CVT gearbox just causes the engine to scream at high revs until it feels ready to shift. 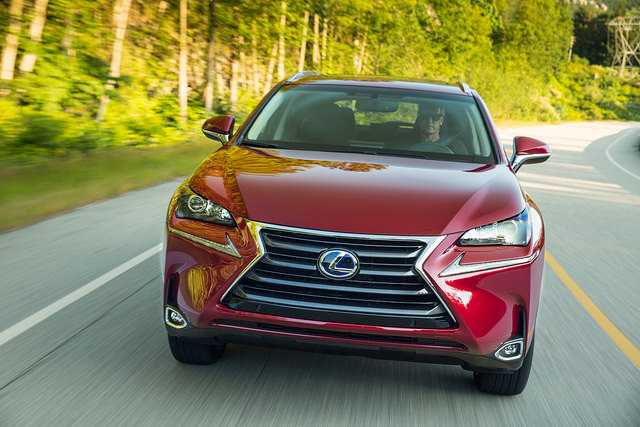 It’s a shame that Lexus has decided to use such a gearbox in the NX300h. Another automatic gearbox would have been a better fit for the engine and electric motor setup used in this SUV. Even the guys at Inchcape Lexus agreed with me. Still, if you don’t drive everywhere like a maniac, you will get used to the quirky gearbox.

At normal driving speeds, the Lexus NX300h feels quite solid on the road. The suspension setup used on the car ensures that the car doesn’t roll over onto its side when cornering at speed.

The model I test drove felt quite firm on the road. I like that because I prefer feeling connected to the road. Some SUVs feel like you are floating on a cloud or something. And while some people might like that feeling, others like myself don’t.

I think the firmness of the suspension setup is just right for this class of vehicle. You have the option to upgrade to 18-inch alloy wheels and an even-firmer suspension setup. But it’s not good for keeping your dentures in your mouth whilst driving on semi-rough terrain!

The cabin space inside the Lexus NX300h SUV is pretty good. It’s big enough to carry four adults in absolute comfort. Maybe five at a push if your rear passengers are somewhat svelte in appearance.

Up front, the dashboard and center console feel solid and put together well. As you would expect from a Toyota brand, Lexus cars have a reputation for being reliable and well-made vehicles.

All models come with dual-zone climate control and DAB digital radio as standard. The latter isn’t much use in the United States, but digital radio is pretty big over in Europe, especially in the UK.

Adaptive cruise control and pre-crash safety systems also come as standard across the board. But if you want satellite navigation, you will need to buy the top of the range trim level option.

At the back of the Lexus NX300h, you have a trunk that offers almost as much space as the BMW X3. Of course, you have the option of folding down the rear seats if you need extra space.

Thanks for reading today’s review.