Hybrid cars are growing in popularity these days. Many motorists are often concerned with the rising costs of gas and oil, as well as the environmental impact their cars have. We all know that all-electric cars have a long way to go for cost and range reasons.

The thing about hybrid cars is that they combine the best of both worlds. They have both gas engines and electric motors. The electric motors get used for short, local journeys. The gas engines ensure good range and fuel economy for longer journeys. 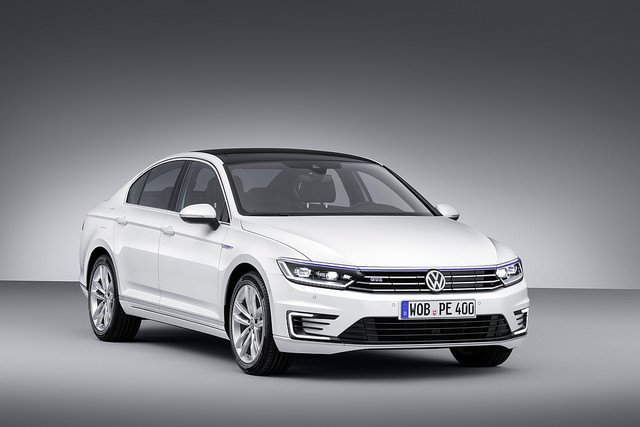 Volkswagen is no stranger to making hybrid cars. The latest model to join the hybrid family is the new Passat GTE. It follows on from the footsteps of the last hybrid model, the Golf GTE.

So is this new model worth writing home about? I would say so! The German carmaker says that the new Passat GTE will be available from October 2015 - i.e. in a year’s time. The car got unveiled at the 2014 Paris Motor Show.

In today’s blog post, I will give you a sneak peak at the new Volkswagen Passat GTE.

The first thing to note about the all-new Volkswagen Passat GTE is that it offers zero emissions. That's thanks to the 114 brake horsepower electric motor.

Of course, that’s not to say that the gas engine also boasts zero emissions. Carmakers often market hybrid cars as being zero emissions. But in fact they are just referring to the electric motors.

As it is a hybrid car, it also comes with Volkswagen’s excellent 1.4-liter TSI engine.

TSI, in case you don’t know, stands for “Twincharger Stratification Injection.” It’s a clever marketing acronym that refers to the fact the engine has both a turbocharger and supercharger. It also makes use of FSI (Fuel Stratified Injection) technology.

One of the questions potential hybrid car buyers ask is what kind of gas mileage or fuel economy you can get out of a prospective model. The Volkswagen Passat GTE offers a driving range of over 620 miles with a full tank of gas.

Or to use Volkswagen’s example, that’s enough range to get you from London to Paris and back!

Many people assume that hybrid cars offer mediocre performance. Of course, you and I know that just isn’t true. Take, for example, the Porsche Panamera S E-Hybrid. That beast offers an amazing 416 brake horsepower in hybrid mode!

The Volkswagen Passat GTE is in a different class of car to the Panamera as you know. But just because it offers less power than the Porsche doesn’t mean it’s not more than capable of handling anything you throw at it!

According to Volkswagen, the Passat GTE can get you to 60 mph from a standing start in just under eight seconds. It has a top speed of 136 mph, or 80 mph in pure electric mode only. 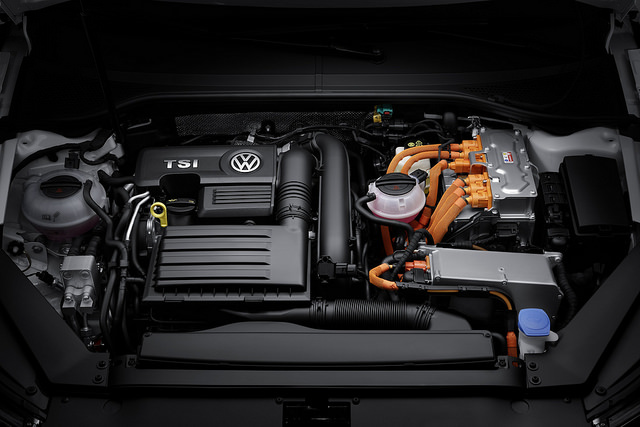 As you may have gathered, the new Volkswagen Passat GTE can also get powered just by the electric motor. Volkswagen calls this "E-Mode."

Thanks to the lithium-ion battery, it is possible to achieve a range of 31 miles in all-electric mode. The TSI engine can charge the battery when it is operational. But you also have the option of charging the battery using a conventional charging cord. Just like with all-electric vehicles.

Unlike with some other hybrid cars, the Passat GTE gives you the freedom to choose between E-Mode and three other modes. It’s perfect for when you have a journey down the Interstate. For the last part of your journey, you can use all-electric mode only to save on gas.

If you wish, you can charge the battery using the power cord and a power outlet. You can charge it from empty in a little over four hours using a 230v socket. A fast DC charger can reduce this time to two hours and thirty minutes.

As I mentioned a moment ago, the all-new Volkswagen Passat GTE comes with four operation modes. They are as follows:

The Volkswagen Passat GTE comes with an intuitive infotainment system. A high-resolution 6.5-inch display gets fitted to the dashboard as standard. But you can upgrade to a bigger 8-inch display if you wish.

The display offers a range of useful statistics about the car. The Range Monitor tells you how much range is left in all-electric mode. And it offers tips on items you can switch off (like climate control) to increase range.

With the Energy Flow Indicator, you can see a visual representation of how your battery is getting charged.

The Volkswagen Passat is also a “smart” car, in that you can operate various functions away from the car using a smartphone app.

If you want to get your hands on the Volkswagen Passat GTE, you will have to wait until this time next year (October 2015) to do so. That means if you were planning to get a used one from cardealwarehouse.co.uk, you’re out of luck I’m afraid!

Are you planning on buying a new Volkswagen Passat GTE? If so, write to us next year and let us know what your thoughts are on the car!