Why Europeans Love The Toyota Aygo So Much

Have you ever travelled to a European country, such as the United Kingdom or Germany? If so, you will have come across a cute and practical car on your travels. The car that I am talking about is the Toyota Aygo!

Unlike in the United States, European streets are narrow. And rising population levels mean that there is less space on the road as there once was say fifty years ago.

The thing about European countries is that many places are self-contained. You don’t have to travel hundreds of miles to come across a major town or city like you do here. 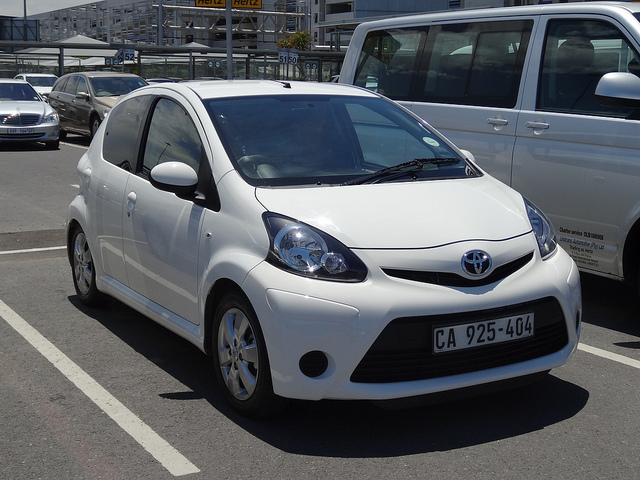 So when it comes to travelling to various destinations,  most Europeans don’t have a need to buy gas guzzlers! But that’s just one of the appeals of the Toyota Aygo. Here are some more reasons why our friends across the water love them so much!

According to Inchcape Toyota, a UK-based Toyota dealer, you can buy a brand new Toyota Aygo from just £7,995 ($13,200). And you can even pick up a used model for much less!

Most people around the world are still reeling from the effects of the global economic crisis that hit us in the last decade. Many companies got forced to close their doors, and thousands of people lost their jobs.

Because of the low buying price, the Toyota Aygo is an affordable way to drive around town and beyond. And let’s not forget Toyota’s high regard for building quality, reliable cars!

They are great for inner-city areas

Have you traveled to somewhere like central London or Paris, for example? If so, the obvious fact you will take away from your visit is the high levels of traffic!

Most city dwellers spend their times stuck in traffic jams. When it’s clear to go, and you need to find somewhere to park, here’s where the real challenges of city driving begin.

Because of its compact size, the Toyota Aygo is a great little car for parking in the tightest of spaces. Thinking of hiring a big American muscle car for your visit? Need to park in a packed city street? Good luck with that!

Even other car makers love the Aygo

The Toyota Aygo is only built at a factory in the Czech Republic. That information doesn’t sound interesting, right?

But what is interesting is the other cars made at the same factory. The Citroen C1 and the Peugeot 107 are also made there. That information is interesting, because they are the same car!

Toyota builds the Aygo there in a joint venture with the two French car brands. There aren’t many cars in the world that are exact replicas of others, and sell as well as the cars they have copied.

Insurance and taxes are also cheap on the baby Toyota. Learner drivers, and those that have just passed their driving tests buy the Toyota Aygo for the fact that it is a cheap car to maintain.

What are your thoughts on the Aygo? Let us know below! Thanks for reading.