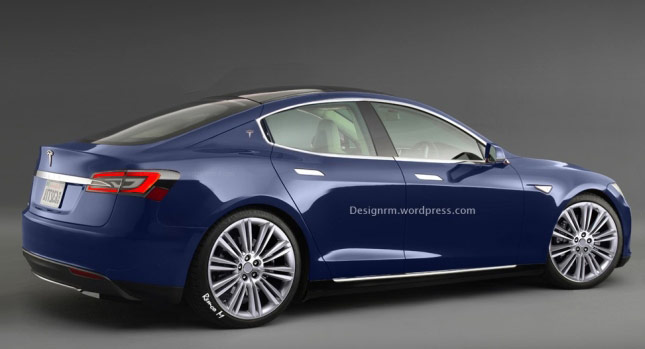 Tesla's future BMW 3-Series sized car is no where near production just yet, but since the Model S has been such a big hit, you can imagine what's next. According to AutoExpress who spoke with Tesla CEO Elon Musk, the name for the upcoming model will be called "Model III".

The new model would be shown in 2016 with production slated to commence one year later. It would have a realistic range of over 200 miles or 320km.