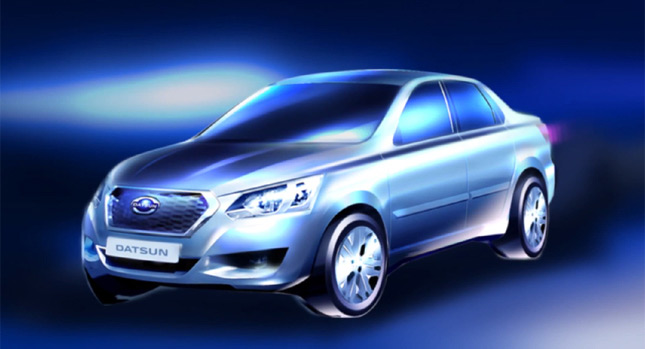 Datsun is releasing its first model for Russia on April 4, and it was developed specifically for the Russian market. The car gets teased via a design sketch and an animated video below.

It has been styled in Japan but Datsun says its concept “follows the brand’s common global philosophy of offering customers - known as risers - an engaging driving experience, peace of mind ownership and accessibility at the right and transparent price, with a competitive Total Cost of Ownership.”

The car is based on Lada Granta's platform, and the development on the new Datsun was carried out in Russia and is being billed as the "21st century Datsun for Russia".

Datsun’s launch in Russia is significant for the global expansion of the brand, with Russia being a key market that offers the carmaker great potential for growth.