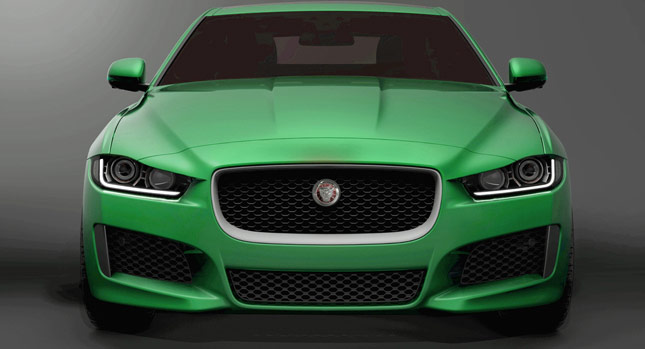 Jaguar’s new BMW 3-Series challenger will be called the XE and it is set to be revealed in the coming months. It features an aluminum monocoque consruction and promises to be the most advanced and efficient in its class.

The XE will use a new series of UK built engines called Ingenium and there will petrol or diesel units displacing two liters, and all are turbocharged.

Jaguar mentioned that the car is designed to achieve speeds in excess of 300km/h.

Jaguar-Land Rover CEO Ralf Speth mentioned in Geneva: "We announced just a few weeks ago that our new Engine Manufacturing Centre would produce a new family of premium, lightweight, low-friction, low emission four-cylinder petrol and diesel units. The first of our Ingenium engine range will be used in our all-new mid-sized Jaguar sports sedan. That car will be called the Jaguar XE, and it will be unveiled in production form later this year."

Full specs “will be announced later in 2014.