The More Female Co-Workers You Have, The More Likely You'll Do Housework 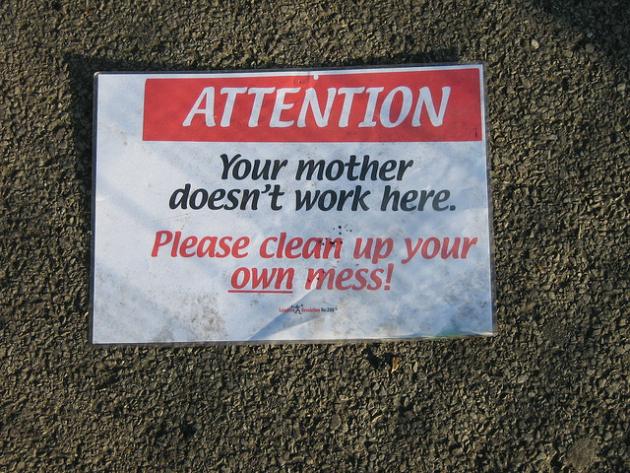 Everyone knows that one guy in the office who insists that things like "cleaning" are a woman's job. But according to new research, the more female coworkers you have, the less whinier you are about taking out the trash and cleaning the dishes.

The study tracked thousands of people from 1981 until 2009. The findings showed that married men did 25% more work around the house if they worked in a traditionally feminine field like nursing or teaching.  The research also found that men who work around women tended to behave less like jerks about housework. The theory here is that these men may be feeling emasculated by their jobs and less valuable as partners so they do more housework in order to compensate.

As for married women, the environment had an opposite effect as they tended to do less housework if they worked in traditionally "masculine" jobs. Single folks didn't seem to be affected as their household habits maintained regardless of their gender or working environment.

Livescience
image via
﻿
How to Register Your Company in Singapore