Justin Bieber Pranked His Grandma By Serenading Her While Nude

Good news Beliebers, as Justin Bieber's ass has finally surfaced on the internet. Obviously, these photos are little NSFW on account of Bieber's pasty butt being on display. 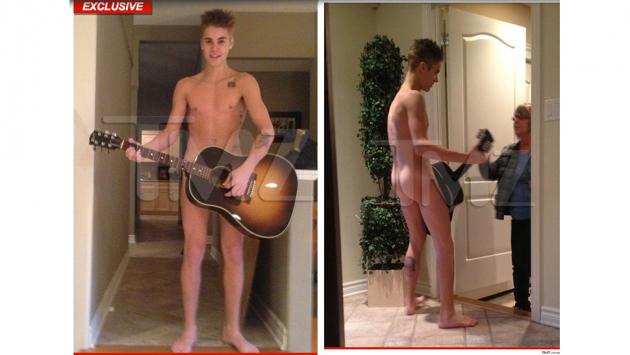 These photos were apparently taken last year during Thanksgiving at his grandma's house in Toronto. Beiber had thought up a new tradition, which involved serenading her while naked, with only an acoustic guitar protecting his modesty. TMZ reports:
We're told birthday-suited Bieber went right up to his grandma and started belting out some impromptu lyrics ... like, "I Loooove you grandmaaaa ... how are youuuu ... helloooo grandma."
If that's Justin's idea of a fun family holiday gathering, then we can only imagine what Christmas at the Bieber household is like......
﻿
Best binary options broker