Is Escorting ethical? Are there moral issues involved? There is an argument for and against Is being classified as acceptable behaviour and those that still frown on it being labelled a legitimate service. But if you approach it differently, is there anything unethical about putting food on the table, paying the bills and clothing your children? Should society be more accepting of those who pay for the pleasures like we are with so many other facets of life that are instantly available with the click of a button in one simple transaction? 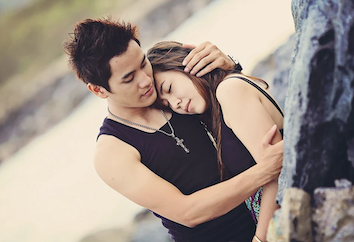 The Escort
The sex-worker themselves will often fall into two categories; One who has fallen upon this line of work in order to put a roof over their head and to feed and clothe both themselves and their families. The other is the lucky person that loves sex, has a partner that is extremely comfortable and understanding with no jealousy or control issues and accept their line of work. For them it is not unethical; it is either a necessary income or a life-choice which suits their personality and lifestyle.
The Stereotype
It is too easy to assume that there are drugs involved, an unsolicited pimp is taking advantage of young girls and exploiting them. It is too straight forward to believe what you see on TV or read about online in terms of escorting. Yes, that unfortunately happens but so does the downward spiral of a discarded young footballer who after being told he would be a megastar through his teens is cast aside and deemed not good enough. Yet we don’t hear of those stories, they exist on a daily basis just as the generalised picture of prostitution described above does but only here of the success stories, the global brands that make football so lucrative. The point is that there are two sides to every story and whilst there are unfortunate circumstances for some escorts it is not fair or accurate to paint every sex worker with that brush. Many live a good life from their earnings and lifestyle choices and operate on their own terms whilst making vast sums of money in a more than comfortable environment.
The Damage
There may be inadvertent psychological damage for those in the sex industry but who’s to say that is not pre-existing before they began this line of work. The easy way is to blame the source of income and not ask any questions when ‘Find escorts near you’ pops up on a search engine. There is so much more to the story.
Final Thoughts
Whilst paying for prostitution is illegal, paying someone for the pleasure of their company is not. What happens after this between two consenting adults is their own business and not a lawful matter. If it is law-abiding and safe for both the escort and the client then we surely live in a diverse enough world these days to be more accepting of these services. Nobody is saying that it has to be a mainstream activity like you see on the streets of Amsterdam or in red-light districts across the world but showing an understanding of the requirement is more than justified. It is not the NHS or emergency services of course but for some people, it has the essence of an essential service that provides vital stimulation, stress relief and on the flip side financial security. Who are we to turn our noses up at such activity, be it the occupation or the service provided?
﻿
Best binary options broker