How Olympic Athletes are keeping themselves fit for the event despite lockdowns?
The Corona Virus pandemic probably drifted your thoughts from the upcoming Tokyo Olympics. The greatest sporting event in the world is scheduled to take place and although currently there is no certainty over the event taking place, the athletes are putting in all the hard work to stay in shape.
The Olympics mean that one has to be at the pinnacle of their fitness and keep striving for excellence. You don’t just walk in without training to compete with the best from around the world and to win the medals that are the dream for all athletes, you ought to put in that kind of effort.
The Olympic Channel has been vocal about how the participants for the event are taking their fitness seriously even at this hour. They regularly share photos and videos of the best athletes from around the world sweating it out. It is a good way to motivate people around the world that if these people can, you can as well!
The pursuit for the Flow State:
Let us first elaborate on what exactly is the Flow State. This is the state that an athlete manages with physical, mental, and emotional well-being. If the three are in sync, it is considered that the sportsperson is in the Flow State. This means that if a match were to take place anytime soon, the athlete would be considered match-ready and could potentially put in a fine performance.
However, things are easier said than done. While one is locked up, physical and emotional fitness is not the easiest to attain. It is no simple task to motivate yourself to work hard when there is no certainty about the future. As a sportsperson, one strives for the cheer of the crowd, the craze of the fans, and the adrenaline rush before a game. Currently, with most of the world grappling the spread of the Corona Virus, none of these are happening for them and thus it is easy to slip into depression.
How to Achieve the Flow State:
Physically, the athlete has to be match-ready. This involves a daily course of workouts and keeping the body free of any kind of injury. Mental fitness involves feeling good about themselves and healing the injuries from the mind. In simple words, it is the mental strength that allows the athlete to feel strong and eventually be strong both physically and mentally. The emotional well-being rests on sleeping and eating right and staying clear of anxiety. It is great to be emotionally triggered but it is important to not overdo it and become an emotional wreck.
Only when these have been achieved, an athlete is said to be in the Flow State. Ideally, all sportspersons across every event want to be in this zone and that is precisely why they work so hard day in and day out. 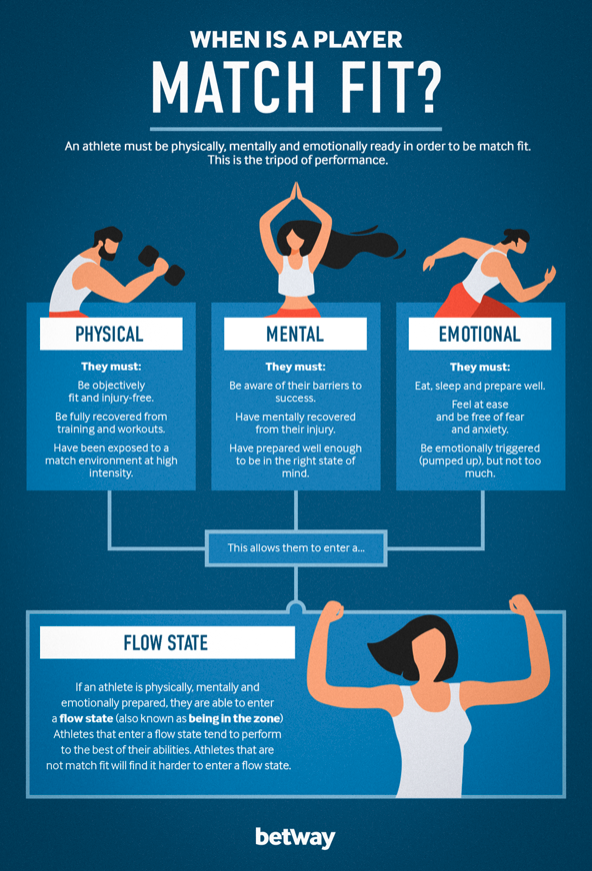 Some Olympic Athletes Raising the Bar:
As we have mentioned earlier, athletes from all over the world who are about to perform in the Olympic Games are putting up their workout videos. For instance, the wrestling champion Stig-Andre Berge was seen to be training at home alongside his baby. He added a fun touch to his video by using his kid as the weight while performing push-ups. A popular American skater, Jason, stunned the fans with his ability to perform the skipping rope exercise while wearing his skates.
Those who are into climbing, are leaving no stone unturned as they are seen climbing their walls and stairs home, pulling off some amazing stunts that exhibit their levels of fitness. A former Silver Medalist for the Volleyball event, Kim Glass, was seen sweating it out with her 20 minutes of rigorous exercising.
In some countries such as Great Britain, the people are allowed to go out as long as they maintain social distancing, and many athletes are seen working out beyond the confines of their houses and even going for runs. Some Olympians are seen to be getting their hands on the necessary gym equipment and setting up their personal workout space at their houses.
The famous swimmer Adam Peaty had no access to a pool, and currently, he has his pool with the inbuilt current to practice at home.
Conclusion:
These are only a few examples of the hardships that the athletes are taking on and the efforts they are putting in for their big events. We only hope that the pandemic ends soon and the colorful world of sports goes back to how it used to be.
﻿
Best binary options broker