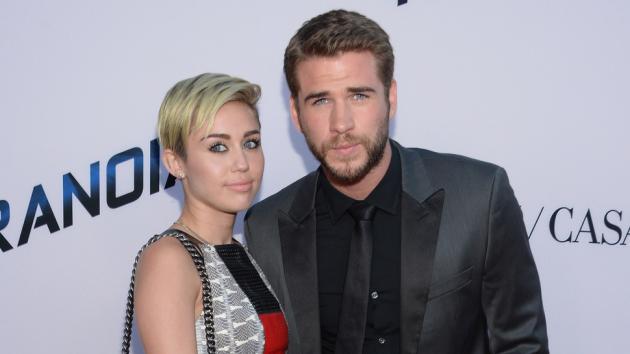 Looks like Miley Cyrus has been taking a few writing tips from Sinead O Connor. The singer has reportedly written an apologetic "open letter" to her ex-fiance, actor Liam Hemsworth:
According to pals, the Wrecking Ball singer has written the Australian actor an ‘open-letter’ in the hope of resurrecting their relationship – almost two months after they parted ways.

‘As time has gone on and the anger subsided, Miley has really started to feel the pain of the split,’ a source told The Sun. ‘She thought about writing some songs, but then decided why not write a letter to Liam to tell him exactly how she feels.

‘Miley admitted to Liam she has pushed him away and said sorry for acting so mad.’

...‘Miley says in her letter she still loves Liam deeply and has asked him to meet up,’ the friend added. ‘It could be for closure or it could be to start again, but she wants to see him and talk things through.’
Some things should stay private. So we doubt that apologizing to your ex-lover in an open letter would come across as sincere. Maybe someone should teach Miley how to send a postcard next time...

[DailyMail]
﻿
Dazzle Your Audience with an Amateur Fireworks Show