Donatella Versace Gets Her Own Lifetime Movie 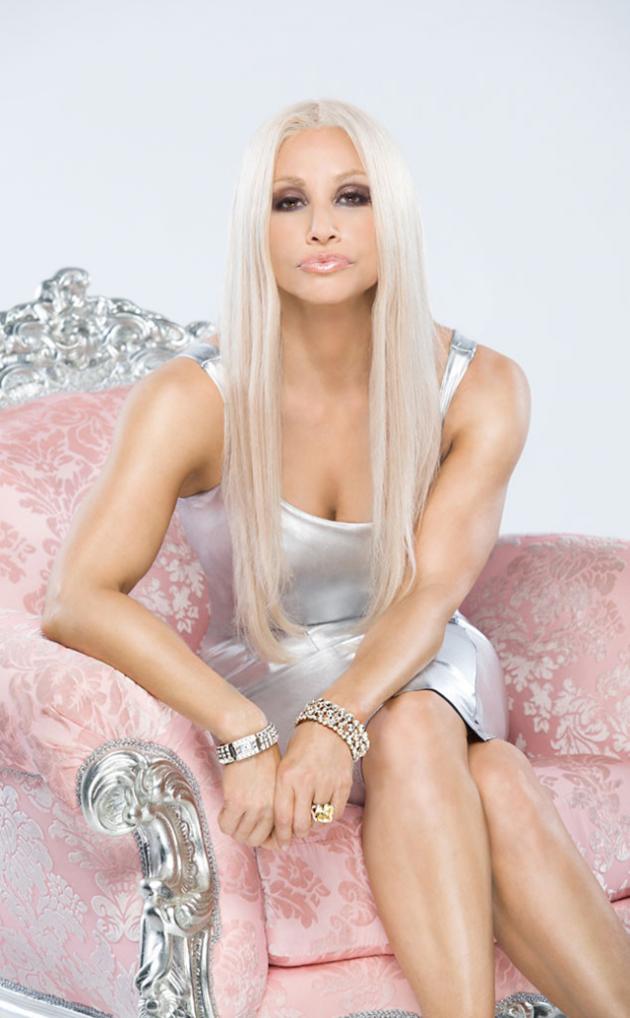 The film titled 'House of Versace' stars Gina Gershon will revolve around the life of iconic fashion designer Donatella Versace. Here's the official synopsis:
[The story] centers on Donatella (Gershon), who after her brother's slaying is thrust into the spotlight as head designer of his fashion empire. At first ridiculed by critics worldwide, Donatella falls victim to drug addiction and nearly bankrupts the company. With the help of her family, including daughter Allegra, Aunt Lucia (Raquel Welch) and brother Santo (Colm Feore), she enters rehab to confront her demons and soon comes back stronger than ever to reignite the beloved Versace brand with her own vision and build one of the most powerful and influential fashion houses ever known.
Judging by the promo image for the movie, the 51-year-old really took her character seriously, and looks nearly identical to the designer right down to the stick-straight platinum-blonde hair and pout. And this is great news especially since the real Donatella looks more like this.
﻿
Coping with Depression: 7 Things You Should Do