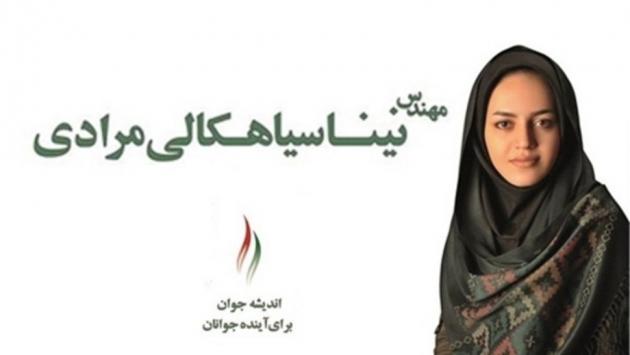 Nina Siakhali Moradi is a female politician who was legitimately elected "first alternate member" of the city council in Qazvin, Iran.

The 27-year-old ran on a platform of "Young Ideas for a Young Future," and managed to garner around 10,000 votes which earned her the title of first reserve among council members.

But Moradi's right to sit among the other representatives was denied after she was deemed "too sexy" by the conservative election review board. They also nullified her votes and disqualified her from the board. One official was even quoted saying "We don’t want a catwalk model on the council."

The opponents had also claimed Moradi was in violation of "Islamic norms" by running a campaign that relied heavily on posters touting her good looks. Moradi is pushing back against the decision, saying that she earned her seat through the people's vote and not because of her looks.