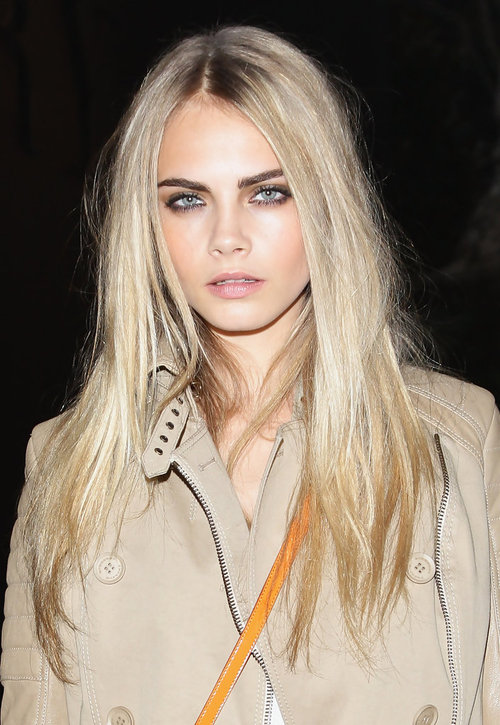 The New York Fashion Week has just begun, and there's one face everyone's looking out for - Cara Delevingne. She's been said to be the hottest British model to emerge since Kate Moss.

Delevingne is only 21 years old, and just like Moss, she's had her share of controversy. She was criticized after conspicuously dropping what appeared to be a bag of white powder this year, but still, her career has just been on a high.

She's expected to dominate NYFW this year, and here are some things you might not have known about her:

2. Cara has famous relatives: her grandfather, Sir Jocelyn Stevens, was a prominent newspaper executive and the chairman of English Heritage. Her sister is model and socialite Poppy Delevingne.

3. Her first modeling job began when she was a little girl, in Cadbury chocolate ads.

4. She started to make a mark in the fashion world when she appeared in Burberry and H&M campaigns in 2011.

5. Cara is known for her bushy eyebrows, which have become iconic in England.

7. She played a small part in the film adaptation of Anna Karenina, which starred fellow Brit, Keira Knightly.

8. She walked in the Victoria's Secret Fashion Show, modeling the Pink line for teens.

9. Her best friend is songstress and fellow Brit Rita Ora.

10. H&M dropped her after she became embroiled in the controversy surrounding the bag of white powder she dropped in front of paparazzi.