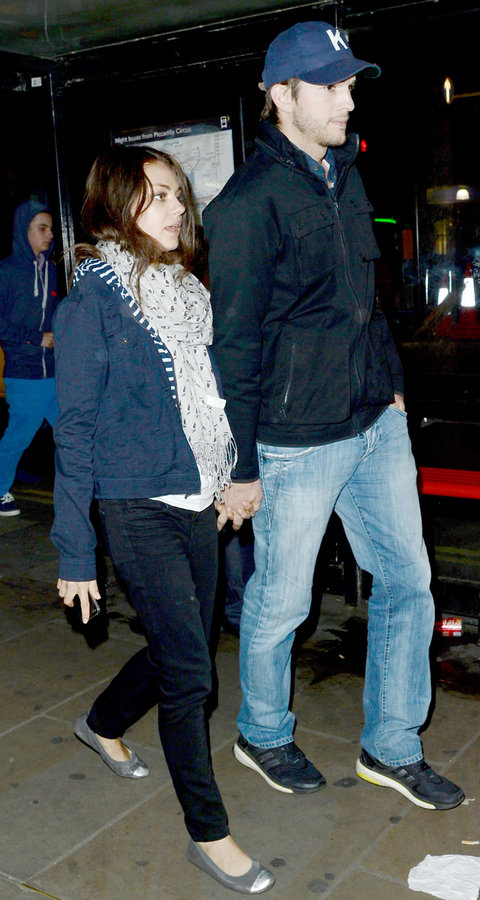 Ashton Kutcher hasn't finalized his divorce from Demi Moore just yet and it's been over a year already. Mila is starting to get a little pissed off. Via Showbiz Spy:
"Ashton keeps telling her that Demi is the problem," a friend said. "However, Mila suspects it's just an excuse to keep the big questions about their relationship and where it's heading at bay, like getting married and starting a family. Ashton talks all the time about how he dreams of having a child with Mila, so she told him to forget about having a kid until Demi's a memory."

"Ashton says he's not about to let Demi rob him in this divorce," said another source. "But he's worth more than $100 million, and Mila knows he would barely feel the pinch. He tells Mila not to worry, they're going to be married and start a family. But he's dragged his heels so much with the divorce she's not sure she can take him at his word."
So is Ashton going to divorce Demi anytime soon or at all? How much more of this will Mila Kunis stand?
﻿
Dazzle Your Audience with an Amateur Fireworks Show