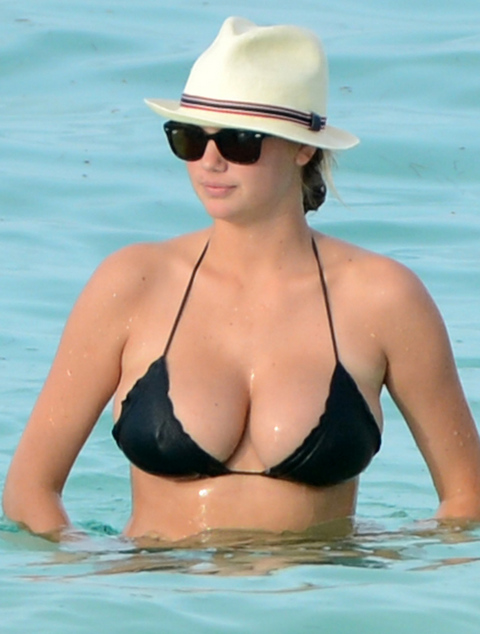 Is Kate Upton pregnant? Did her boyfriend Maksin Chmerkovskiy knocked her up? It's either that or she's just getting a little pudgy and doesn't want to drink.

Upton and Chmerkovskiy were still on the party circuit [Sunday] night, this time hitting a VMA party at Little Italy hotspot Goldbar.

Tongues started wagging when some guests said a glowing Upton, still wearing white, appeared to have been sporting a baby bump. Speculation was further fueled by the fact the 21-year-old model didn't drink booze at the bash.
So no alcohol, lots of PDA = baby bump?
﻿
Dazzle Your Audience with an Amateur Fireworks Show