The Heart Attack Saving Drone Will Fill In When Humans Can't 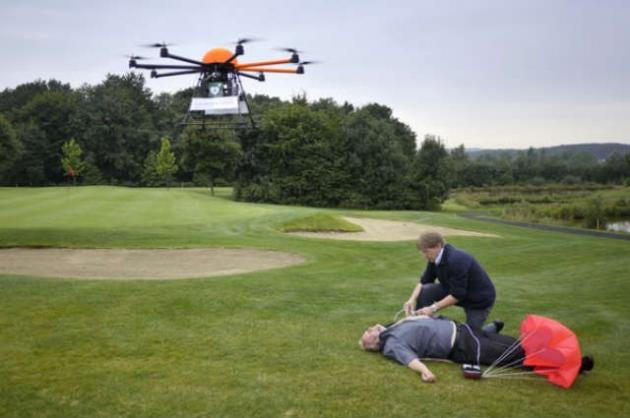 The idea behind the Defikopter is a drone that parachutes defibrillators to heart attack victims and emergency responders.

Created by German nonprofit organization Definetz and drone-developer Height Tech, the Defikopter is controlled by a GPS-enabled smartphone app, and lets users request an emergency defibrillator. The drone can travel within a radius of 10 kilometers and fly at speeds of up to 70km/h.

The drone would be useful in areas that are sparsely populated, or have difficult terrain for travel, according to a release.

The American Red Cross reports that "For each minute defibrillation is delayed, the chance of survival is reduced approximately 10%," so a drone's quick response time may make all the difference.
﻿
What is the future of ipad app development