This Is The Most Touching Story You'll Read This Week 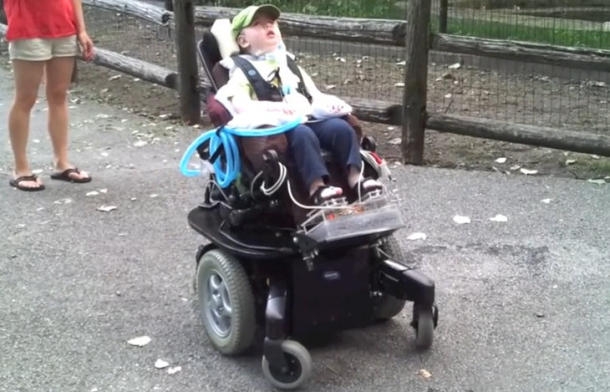 This is Alejandro. He is 2 years old and he suffers from Spinal Muscular Atrophy, a condition which severely limits his ability to move. While most 2 year olds are crawling and some even walking, Alejandro is confined to a wheelchair. His insurance won't cover a power wheelchair for another five years, but his father Shea is not waiting for that to happen.

Shea built one himself, and he began with an adult sized powered wheelchair he got from eBay which he then modified. According to Shea:

"Alejandro's toes, while quite weak, seem to respond faster to his motor intentions than his two working fingers, so I decided to focus my efforts there.”

Shea hacked the wheelchair's power system to create foot pedal controls designed for Alejandro. The boy, who had no control over his movements before can now explore the world as he moves around in the chair as he pleases.

Check out the video below to watch how Alejandro controls his custom wheelchair. There's no bounds to what love will do.