Could This Be The Samsung Galaxy Gear? 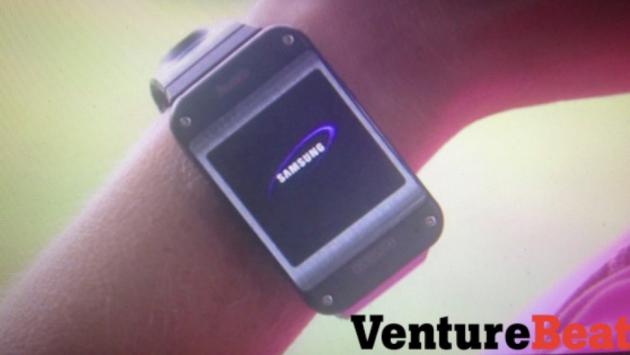 Could this be the Galaxy Gear smartwatch? With only 2 days to go, Venture Beat claims it is a real prototype ahead of its September 4th release. It comes with Bluetooth, Wi-Fi and a 4 megapixel camera with speakers.

VentureBeat says that it is a beefy machine and that the screen is a relatively large 3 inch OLED display packing a lot of features that makes it useful even without being paired to a smartphone.

The watch is apparently able to get email, social media whatever data too. It seems like its one or two features short of becoming a real phone.

According to VentureBeat, it comes pre-loaded with actual Android apps. As for other specs, VentureBeat is detailing a 10+ hour battery life and the ability to be used as a hands-free device on calls.

Samsung's latest is intended to work best with other Samsung devices. It will connect to any Android device, and we haven't heard whether its got an accelerator or other fitness tracking type, but Samsung is definitely going to hit the market hard with this. The Gear might not just be a phone, but also a fitness tracker replacement.

Still, we've got two more days to go, so this might not even be real. But VentureBeat does claim to have had hands on time with an actual unit. Or it could be a prototype unit. Either way, September 4th is not that far away, and we've just got to be patient! [VentureBeat]
﻿
What is the future of ipad app development