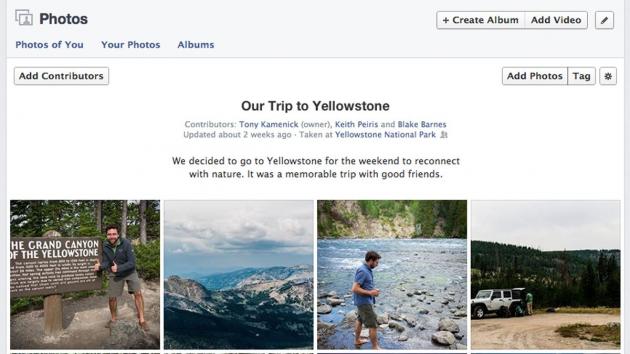 The album creator can share access to as many as 50 contributors who each can share up to 200 photos. Album creators can choose a setting that allows contributors to invite others in the album, or retain control over its invitations.

"Right now, if you were at a party and there were three different albums created, you might not be able to see all the photos [based on privacy settings], which is kind of confusing and frustrating," Baldwin said. Album creators will have the power to delete or modify photos in the album, but contributors will have editing power over photos that they upload. The feature is not available for Page albums, says a Facebook spokesperson.

Facebook will begin to roll out this new feature to a small group of English users on Monday and then integrate it for all English users before expanding internationally, according to Baldwin.
﻿
What is the future of ipad app development