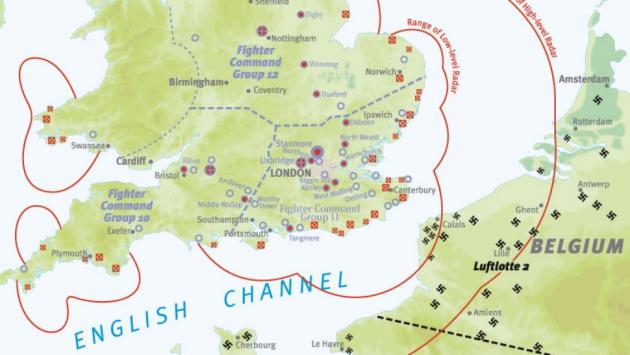 This map outlines how radar saved Great Britain back in World War II. In the summer and fall of 1940, Great Britain was being pummeled by Luftwaffe bombers.

There was a diminishing supply of fighters and men to fly them and the Royal Air Force couldn't afford to simply send someone out. Radar was their most powerful weapon.

The map above shows Great Britain's radar "force field" extended all along its coast. It could "hear" all the way into Nazi occupied Belgium and France and gave the Brits the edge they needed to catch a wave of bombers early.

[Maps on the Web] 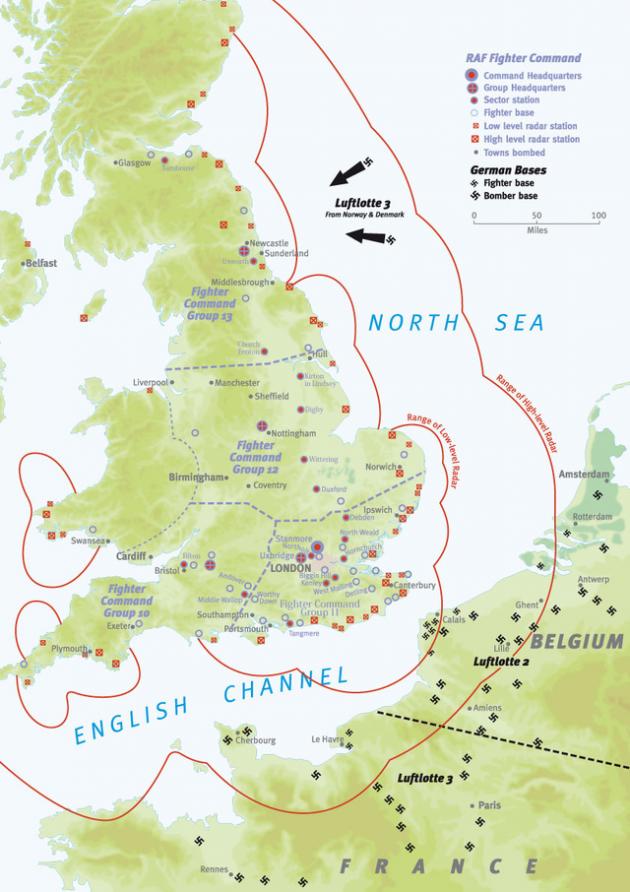