Contributed: The Future Of Mobile Technology Is… You

The smartphones we're all familiar with today aren't just the result of manufacturers working hard to provide the hardware, but also the users who have the biggest say on what they expect from their devices.

In this article, H.K. Kwon, Managing Director of LG Electronics (M) Sdn Bhd, explains further on why the future of technology is all in the palm of the customer's hands.
Mobile technology has never been more pervasive or advanced than it is today – and it all started with a simple realization about technology that is built around you, the user.

According to Strategy Analytics, there were 1.038 billion smartphones in use worldwide by Q3 in 2012, with one in seven individuals now smartphone-equipped. The situation here in Malaysia is quite similar: according to the Malaysian Communications & Multimedia Commission (MCMC)’s latest publicly available statistics, the mobile phone penetration rate stands at 133.3%. That means, practically everyone in Malaysia has a mobile phone, while a third has more than one.

While it took more than 15 years for the first billion people to get smartphones, Strategy Analytics predicts that because of emerging markets such as Africa, China and India, the 2 billion mark will be passed by 2015, just three years after the first billion was reached. This trend is enabling more and more people around the world to have regular access to the internet that wouldn’t have had in the past.

Now, think back 10 to 15 years ago – do you remember what mobile phone you were using? Some of you might recall the limited memory space, LCD screens, monophonic ringtones, and definitely no mobile internet or social networking capabilities unless you count SMSing your friends as “mobile social networking”. It’s amazing to think how far mobile technology has progressed in such a short time span.

Indeed for many users, smartphones are replacing conventional desktop PCs as their primary means of connectivity. Big corporations and website developers have keyed into this and have reacted accordingly. QR code scanning has blossomed. Websites have become mobile friendly. Mobile advertising is booming. And, of course, social networking is being streamlined for mobile access.

Smartphone manufacturers are racing to optimize their handsets for an increasingly connected world. Display technology is not only becoming sharper, more vivid, more resistant to glare and generally more lifelike in its rendering of images – it is also appearing on flagship models in bigger screen sizes that are better suited to connectivity related tasks. Chipsets are becoming more powerful – dual core is being trumped by quad core – to handle more sophisticated processing demands, and in terms of software, phones are being centered around social networking capabilities.

When we combine all these observations – the pervasiveness as well as the modern capabilities of mobile technology – we come to a rather interesting insight. In these few short years – relative to many other forms of consumer technology – the rate of adoption as well as the technological advances of smartphones has accelerated to a point where it has gone from being a mere tool to becoming a personal statement of choice and identity.

No doubt, smartphones have become an extension of who we are – rather than just what we use.
Companies that have experienced success with smartphones acknowledge that delighting customers with unique, people-centric products, developed from real insights drawn by actual consumers is crucial. Hence, it comes as no surprise that LG’s deep insight into smartphones has led the company to focus on developing technologies that are built around users themselves.

In the past, manufacturers struggled to develop flexible displays that could handle heavy workloads such as the playback of video content. However, a breakthrough could be in the works as LG has announced that its OLED technology for smartphones can overcome the challenges of displaying images over a continually bending surface. Set to debut by the end of 2013, LG’s OLED panels are rugged enough to do away with a glass covering. For design engineers, this will open up a whole new range of design possibilities.

More importantly from the consumer’s standpoint, the use of OLED panels mean that future smartphones can be twisted, torqued and abused without fear of breaking. No longer will users dread the sickening sound of an expensive device smacking into the concrete when it falls out of a pocket or purse.

Another frontier that many smartphone manufacturers have set their sights on is addressing user concern over larger screen sizes. Manufacturers quickly realized that the solution to this problem was to reduce the width of the screen. However, this was far easier said than done, particularly when the screens had to respond appropriately to touch.

To address this, LG has recently unveiled a Full HD LCD smartphone panel that measures a mere 2.2mm in width with a 2.3mm bezel. The benefits of using such a panel extend well beyond weight savings because the sheer thinness of the panel will enable manufacturers to create sleeker devices with what is commonly known as better ‘gripability’. Even better, image quality isn’t sacrificed. In fact, at 535 nits, the panel’s brightness sets a new standard in the industry and will allow smartphones to deliver a stunning user experience. Nit is a unit of visible-light intensity, commonly used to specify the brightness of a CRT or LCD computer display.

Industry pundits believe that in the coming years, there will be an increasing shift towards mobile technologies built around user experience as the paramount priority. Hints of this shift are already arriving – especially as user trends veer towards increasing social-networking capabilities, location-based services, as well as other contextual computing-based interactivity.

These merely scratch the surface – but we will eventually see a combination of hardware, software, networks, and services that use deep understanding of the user to create tailored, relevant actions that the user can take. All of this will, frankly, be dependent on the smartphone – because it’s always with the user. 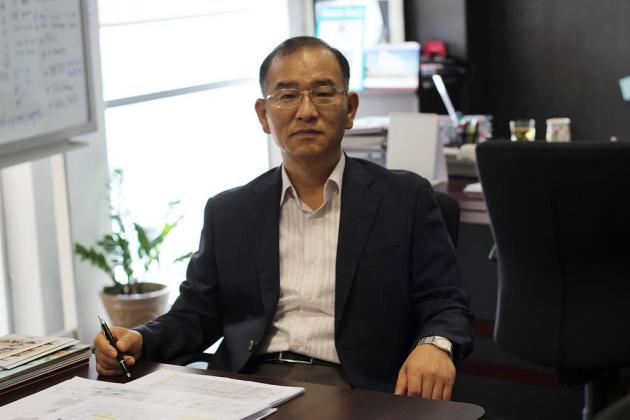 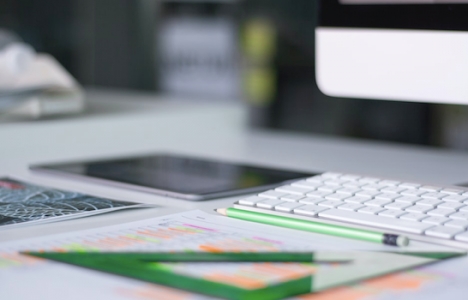