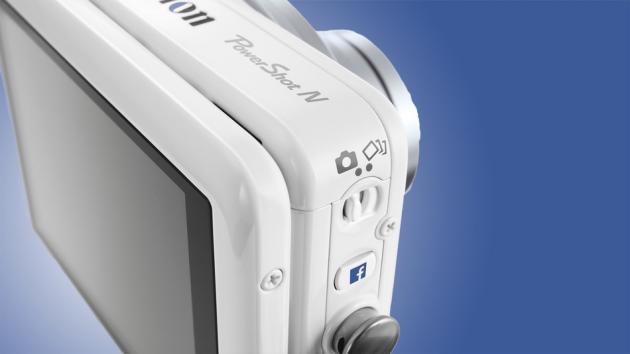 We're guessing this camera is more relevant to have than the usual point and shoots. Canon's PowerShot N is no typical point and shoot. It's got a button on the side that sports the Facebook logo. You can share the photos or videos you just shot with one press.

Assuming you're connected to Wi-Fi of course. The camera doesn't come with a 3G/4G option, but as long as you're in a hotspot, you're ready to flood newsfeeds baby. The Facebook  button will immediately connect you to the service where you can upload, share and comment on pics and videos from the camera.

The camera is great on its own too by the way. It's got a 12.1 megapixel compact camera with 8x zoom, 28mm wide-angle lens, and a 2.8 inch touchscreen LCD and a "creative" mode that lets yo ufind the best possible picture by mixing up composition, color and lighting.

The original PowerShot N had a button that wirelessly sends pics to a mobile device. But Canon smartened up. Why do that when you can just connect it to Facebook. 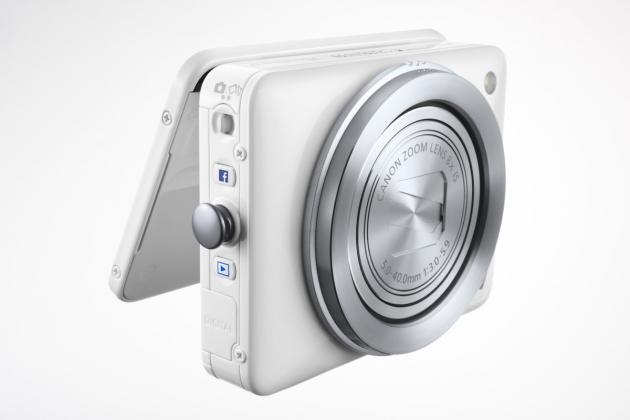 Canon isn't the first device with a dedicated Facebook button though. HTC has it on certain phones.

The PowerShot N Facebook will be exclusive to the Canon Direct online store. It'll cost $299.99 (approx RM996 at today's exchange rates) and will be available in September.

Canon is also debuting three new PowerShots with "advanced" Wi-Fi capabilities. The PowerShot G16, S120 and SX510 can relay images to iOS or Android via the Canon CameraWindows app. G16 and S120 have an upgraded image processor which reduces noise when a high ISO values.