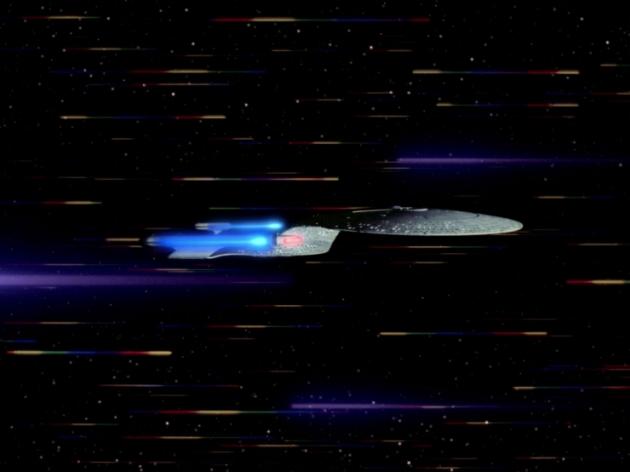 NASA scientist Harold White suggested that warp drives could be a possibility. His reasoning is that it could work with less energy than previously believed. But White didn't just speak about that at last year's 100 Year Starship Symposium. This year he talked about his concepts of warp speed and turning them into a reality too.

Traveling at warp speed is no easy feat. We'll have to exceed the speed of light, which is impossible according to Einstein's theory of relativity. White believes there are loopholes in that theory and that could create faster than light travel.

He referred to an airport's moving walkway as an example - when you are on the walkway, you can cover the same distance faster than someone who is not. The warp drive would in a similar way. It would contract space in front of it and expand the space behind it, allowing for the travel between two points. Listen to White explaining it:
"Imagine an American football, for simplicity, that has a toroidal ring around it attached with pylons," he said. "The football is where the crew and robotic systems would be, while the ring would contain exotic matter called negative vacuum energy, a consequence of quantum mechanics. The presence of this toroidal ring of negative vacuum energy is what's required from the math and physics to be able to use the warp trick."
In the symposium last yea, White discovered that we may not need that much energy to make a warp drive occur. According to his theories and research, he believes the amount of energy needed could be greatly reduced.

Unfortunately, we won't be Star Trek-ing across the galaxy anytime soon because his ideas are nothing more than that. At least NASA isn't idling either. They eventually hope to create a tiny warp bubble in a lab and start figuring out how to turn the science fiction of warp drive into science fact.

According to White:
"We don't just go from the lab to an interstellar mission. There will be intermediate steps, other things we would do with this long before we get to some of the romantic pictures of a captain on the bridge telling the helmsman to engage warp drive."
Come on warp drive. Lets live long enough to see this happen!

Via New Scientist
﻿
What Crypto Traders Should Know About Smart Contracts